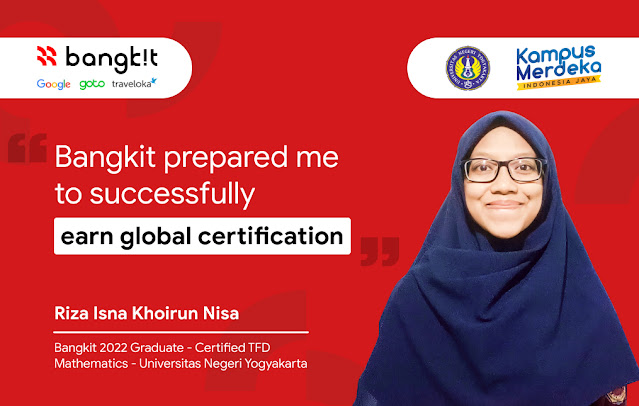 “Enthusiasm is common. Endurance is rare.”
(Angela Duckworth, Author of ‘Grit: The Power of Passion and Perseverance)

Angela Duckworth’s quote above concludes that enthusiasm is indeed something familiar, while a person’s resilience to pursue the dream is considered extraordinary. This kind of perseverance is owned by Riza Isna Khoirun Nisa (22), a student at Universitas Negeri Yogyakarta, majoring in Mathematics.

Since long ago, Riza has been interested in learning about technology. Unfortunately, her steps were hindered by her failure to be accepted at a state university after graduating high school. After one year, she continued her studies at her current university. At that time, she thought her IT dream was over. However, studying mathematics brought her closer to her wish, plunging into the world of technology.

A Writer Who is Intrigued by Data 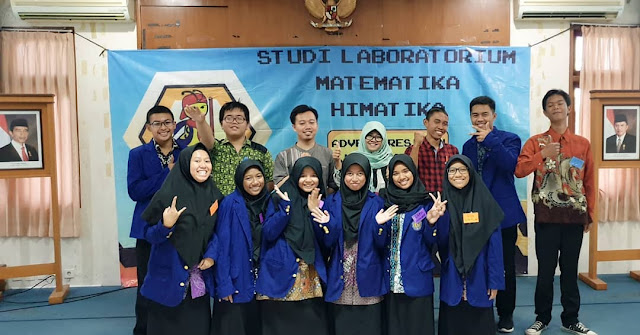 Besides technology, other things that Riza is also passionate about are research and writing. She actively participated in a campus organization focused on research named Kelompok Studi Ilmiah MIPA Scientist, and got involved in a writing community, Akutahu Community. Riza admitted that doing these activities didn’t only hone her social skills but also strengthened her expertise in writing. Her eagerness to practice writing more led her to publish some of her works in online media such as IDN Times and Hipwee.
While actively participating in research and writing activities, Riza had a course named “Analisis Data Visualisasi'' on campus. That course got Riza to know more about data, and she was intrigued to dive deeper into its learning material. Then, when the pandemic hit, Riza also found many webinars about data. Again, it raised Riza’s interest in data science.

Not long after Riza got familiar with data, Universitas Negeri Yogyakarta held Bangkit program socialization and brought its alums who once got involved in Bangkit. Seeing Bangkit had a Machine Learning path that could take Riza further into the world of data, Riza was captivated to signup. She believed Bangkit could equip her with many insights into Machine Learning and data science. 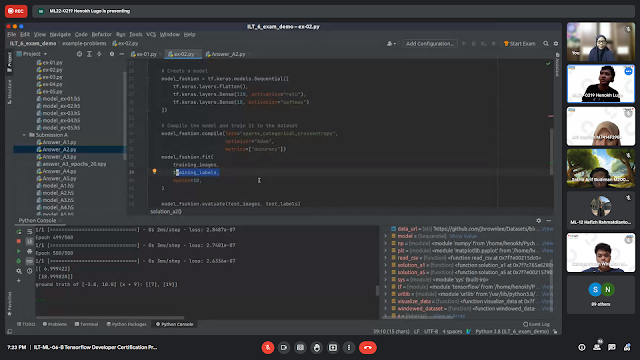 It was exhilarating for Riza to be accepted into Bangkit as a cohort. In her opinion. Bangkit was the right place for her to cultivate her interest in Machine Learning because experts from tech industries directly trained her.
Studying in Bangkit also drilled Riza in many ways. She needed to implement her time management skills gained from Bangkit to synchronize his activity on campus and Bangkit. Getting used to utilizing Google Calendar played the most significant role in Riza’s independent learning process.

However, Riza found the most exciting part of Bangkit while participating in one of the team meeting sessions.

“I like the last point of Bangkit’s ground rules that were conducted in one of the team meeting’s sessions. It was ‘Make this room a safe place to learn and share.’ That made me unafraid to make mistakes and learned new things in Bangkit.”

Riza was delighted to see the ground rules were not only applied inside Bangkit’s ILT class but also in the program as a whole.

Moreover, in Bangkit, Riza gained comprehensive Machine Learning knowledge from basic to advanced. The soft skills comprehension taught in Bangkit was also very applicable. It encouraged Riza to launch a career in Machine Learning after graduation after acquiring great insights into this discipline. 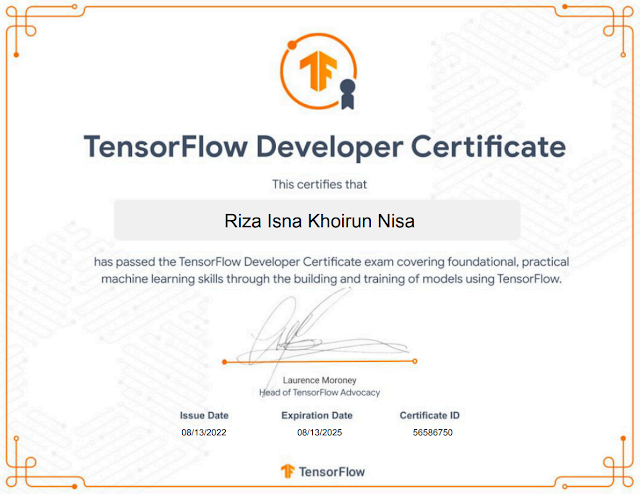 Learning in Bangkit not only provided Riza with adequate Machine Learning skills but also built up her passion for research and writing. Insights from Bangkit helped her write a thesis for her bachelor’s degree. In that scientific work, Riza talked much about how the technology of Convolutional Neural Networks can detect various diseases.

“I did learn about Machine Learning from scratch in Bangkit but it didn’t stop me from obtaining the TensorFlow Developer certification. Thanks to fruitful learning I grasped this program.”

Now that she is officially a certified TensorFlow Developer, Riza feels more optimistic about kick-starting her career in artificial intelligence, data science, or Machine Learning after graduating from college. In addition, Riza also wants to dedicate her expertise to help people around her through the research she wrote on her thesis.

Soon to be a Bangkit 2022 Graduate, Riza was inspired by a closing statement in one of the Bangkit’s team meeting sessions encouraging her never to stop learning.

"I really encouraged me to keep making good progress when I heard Buya Hamka’s words in one of team meeting session which said, ‘Our job is not to succeed but to try because in trying, we’ll find opportunities to succeed.'"

Therefore, Riza hopes that her fellow Bangkit 2022 Graduates will never cease to grow and are willing to dedicate themselves to society through any kind of contribution they can make. In particular, she wants to convince her female colleagues who plunge into tech that they can be as excellent as male talents.
More stories about Bangkit alumni & cohort:
bangkit google machine learning