To Make Lemonade out of Lemons 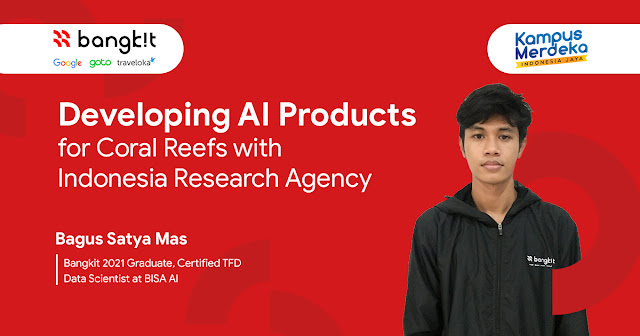 A story of Bangkit 2021 Graduate turning the sourness of his life into a desirable achievement
Some children are born lucky to be raised in affluent families, but the rest are more fortunate because they were given the strong heart and bones to work on their own. Bagus Satya Mas (22) is one of the many luckier ones. Since he was very young, the so-called "responsibility" had been his best friend. As the only role model for his two younger siblings, Bagus is a very strong-willed big brother.

The Backbone of the Family 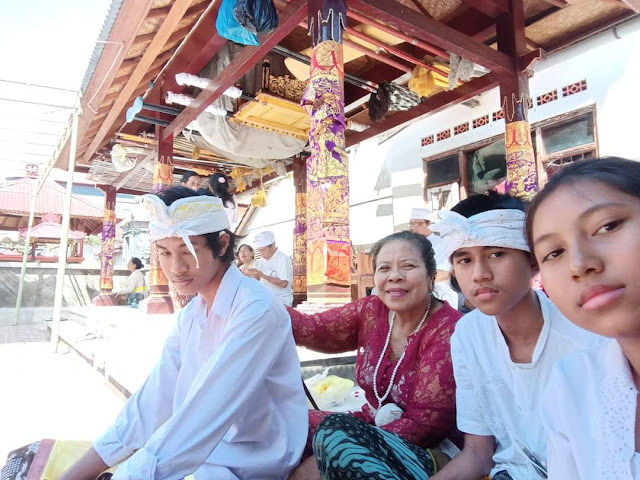 Since Bagus was in high school, he used to earn extra money to help his family. His interest in graphic design and website design earned him an additional income. Therefore, when his grandfather passed away near the end of his high school years, Bagus was ready to take his place as the backbone of the family. Since then, Bagus has been required to have more muscular shoulders to ‘carry’ his younger siblings.

The grandfather's last will was actually obeyed by Bagus. He wanted his grandson to study in his homeland, Bali. In addition, Bagus also had to take the marine science study program. In fact, Bagus fell in love with an IT major. Bagus realized that if he didn’t follow his grandfather's wishes, his younger siblings wouldn’t have the freedom to determine their own paths in life. Therefore, Bagus was willing to fulfill his late grandfather's request for his younger siblings' future.

While being the family's breadwinner, Bagus learned to let his dream as an IT expert go. In addition, to lighten the burden on his grandmother, Bagus studied at Marine Science of Universitas Udayana with a scholarship from Bank BPR Lestari for 10 semesters. From this scholarship, Bagus also got pocket money. As a result, Bagus's extra money from his side job as a graphic designer could be used to pay for his younger siblings' schools.

Relive the Dream to Fulfill the Will 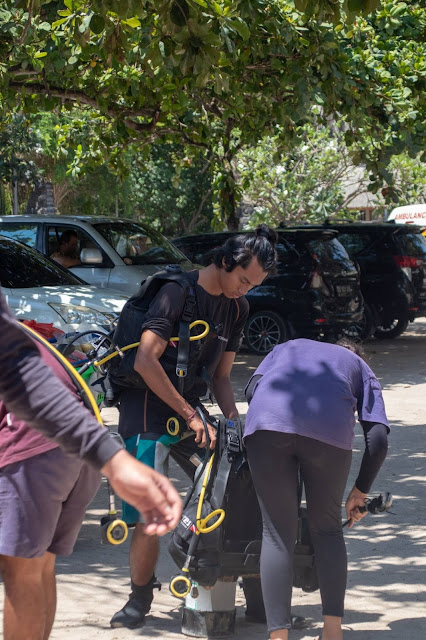 Bagus took his course in marine science patiently. But who would have thought that Bagus would meet his ‘old love’ in the third semester? It was a Programming course offered by his campus’ department. Bagus welcomed it with pleasure and studied the system seriously. After that, Bagus felt like he had to relive his true dream when the Kampus Merdeka program was launched. He didn’t waste this opportunity and decided to study cross-disciplinary at the IT faculty. His learning process at this faculty made him meet Bangkit, then the IT lecturer advised Bagus to enroll. 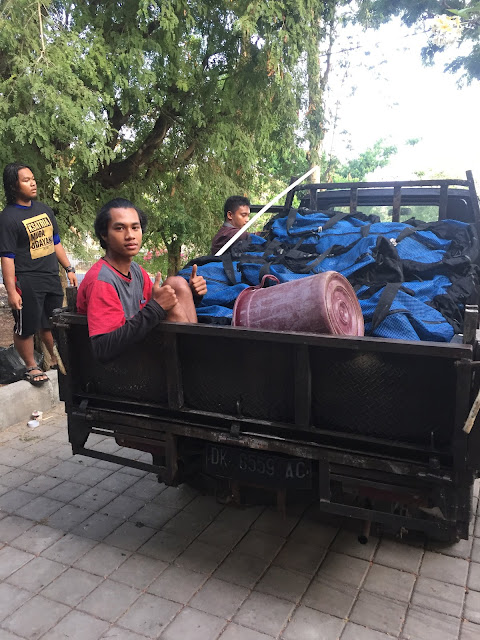 Unfortunately, Bagus was pessimistic when he registered in Bangkit, considering he didn’t have the relevant background. But he remembered his grandfather's will.

“My late grandfather wanted me to have a bright future, so I could give my younger siblings a better life. He said that I was the only hope that they had. I have to be a good role model for my siblings.”

Realizing that he could achieve his hopes for a bright future by registering in Bangkit, Bagus became optimistic. Finally, he was selected to be one of the 3,000 best students in Indonesia who participated in this career readiness program by Google.

From Underestimated to Well-Respected 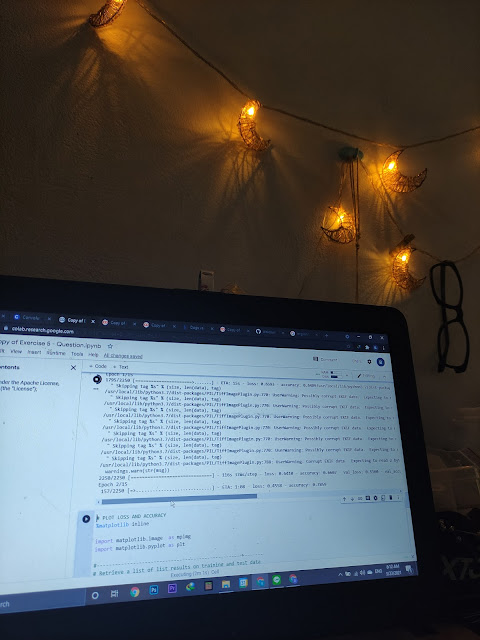 Bagus admits that at first, he was pretty dismissive of Bangkit. This was because he only had to watch one to two videos a day at the beginning of the program. But as time passed, he had to take more courses and was required to arrange his study hours well. To support his Mathematics lessons in the Machine Learning path, Bagus bought his own whiteboard. For Bagus, the self-study process he underwent at Bangkit was gratifying.

When Bagus was asked about his favorite class in Bangkit, he said that soft skill classes captivated him. He felt like he was entertained in this class because he could improve his communication skills, got used to speaking more, and was comfortable when he had to talk to other people.

Bangkit also taught Bagus how to manage time effectively by telling him to set durations for each task he had to finish. This influenced Bagus in maintaining his schedule while studying on campus and learning in Bangkit.
As his career was about to launch, Bagus saw that his Tensorflow Developer Certification helped him seek a job.

“Before the TFD Certification, I was underestimated by many recruiters. They thought I could not occupy IT positions, although I had experience and portfolio, because of my major. But after the TFD, I became someone well-respected, especially when the employer knew that I’m a Bangkit graduate.”

Based on Bagus’ experience, the recruiters already knew Bangkit. In their eyes, Bangkit is a fantastic career readiness program that created high-caliber tech talents. Bagus's convenience when he applied for a job at BISA AI was also because of Bangkit. Bagus was interviewed in BISA AI, and this session only lasted a few minutes. As soon as the recruiter discovered that Bagus was a Bangkit graduate, the Data Scientist position was immediately offered. In fact, Bagus has not graduated, and his educational background is irrelevant. The company initially wanted to hire a graduate with a bachelor's degree in Mathematics or Computer Science. 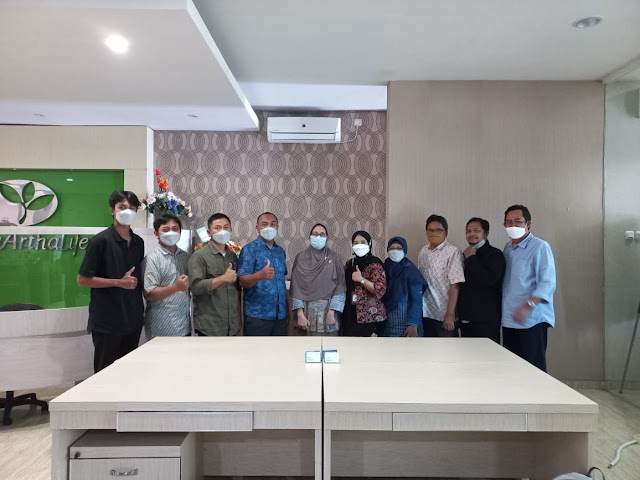 As a Bangkit graduate from a non-IT background, it was hard for Bagus to convert his credit semester on campus. His lecturer would acknowledge Bagus’ learning process in Bangkit if he created an IT project related to marine science. Unfortunately, Bagus’ capstone project had no relation to marine science.

Finally, instead of having to give up his credit conversion, Bagus decided to create his own IT project related to marine science. Bagus used AI technology to classify coral reef species with limited resources; there were only 14 species. Once the project was done, his credit conversion was successful.

Three months later, representatives of The Indonesian Institute of Sciences (LIPI) and the National Research and Innovation Agency (BRIN) came to the Faculty of Computer Science in Universitas Udayana. These government representatives wanted to use AI technology to analyze coral reefs, but the faculty couldn’t be contacted. 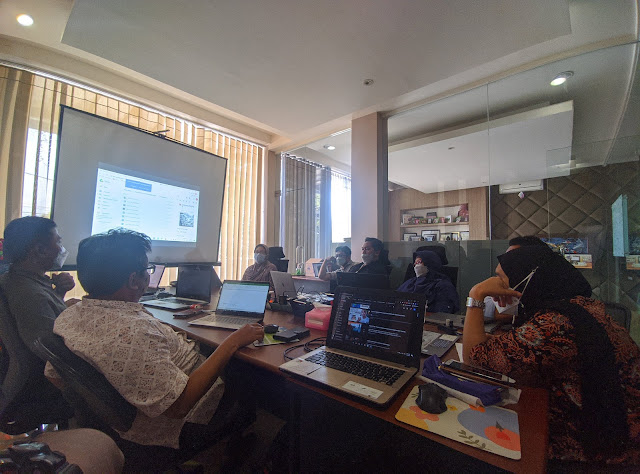 So, they approached the Faculty of Marine Science as a prospective user of this AI technology. Meeting with Bagus’ lecturer, the representatives were recommended to reach Bagus. At last, Bagus and the government cooperate in developing AI products for coral reef analysis for researchers and the public.

Until now, this project is still running and in the stage of submitting a proposal. This project is planned to be implemented in mid-2022. Bagus is grateful for the benefits of joining Bangkit and earning the privilege as a Bangkit graduate.

To Help His Siblings Reach for the Stars 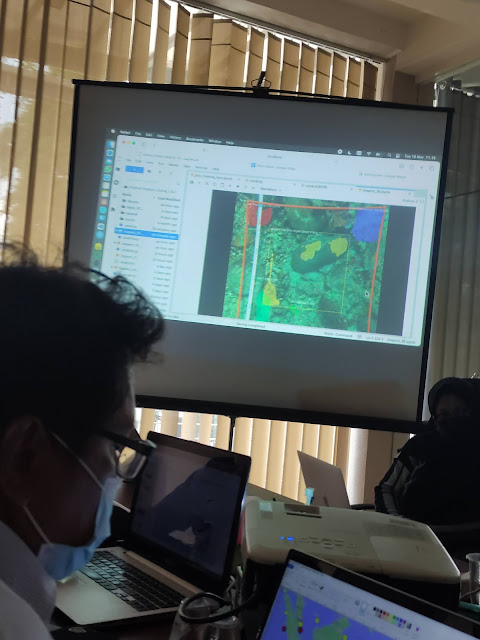 All the achievements and remarkable outputs that Bagus made were something unexpected for him. He never planned to become someone his grandmother would be proud of. Finally, his grandmother can open her eyes to accept that learning IT can generate good prospects as her grandson did.

After stepping closer to the goals he has, what Bagus wants the most in his life isn't to become an inspiring figure. He wishes for something else.

“I didn't think about soaring to the sky and reaching all my dreams. All I want is to give a better life to my younger siblings. I am the only hope they have. I want to be a big brother who can help them reach for the stars.”

His younger siblings mean the world to Bagus. So, all the excellence that Bagus performed during Bangkit and kick-starting his career are for his siblings.

As a Bangkit 2021 graduate, Bagus wants to encourage all Bangkit 2022 cohorts to never waste the learning opportunities from Bangkit. He said we should make our lives more helpful by learning at least one new thing daily.

Bagus succeeded in making the lemons life gave to him into lemonade. How about you? Ready to turn the sourness of your life into the sweetness of triumph like Bagus did?
More stories about Bangkit alumni:
bangkit google machine learning