Relying on Internet Cafe(s) to Give the Best in Bangkit 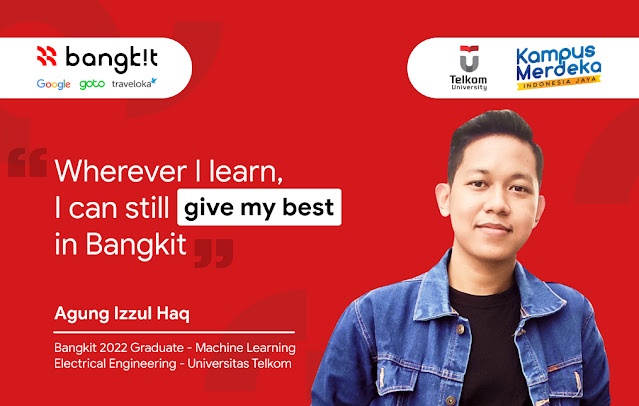 “Hard work compounds like interest, and the earlier you do it, the more time you have for the benefits to pay off.”
(Sam Altman, CEO of OpenAI)

Working twice as hard as his peers was something that Agung Izzul Haq (21) did. He wasn’t like other Bangkit cohorts who could decide for themselves when and where they wanted to study. The economic difficulties of Agung’s family made him unable to afford a laptop. Therefore, to learn in Bangkit, Agung relied on computers in the campus laboratory or internet cafe. His perseverance resulted in his capstone project team’s success in getting into the Top 15 Product-Based Capstone Projects. 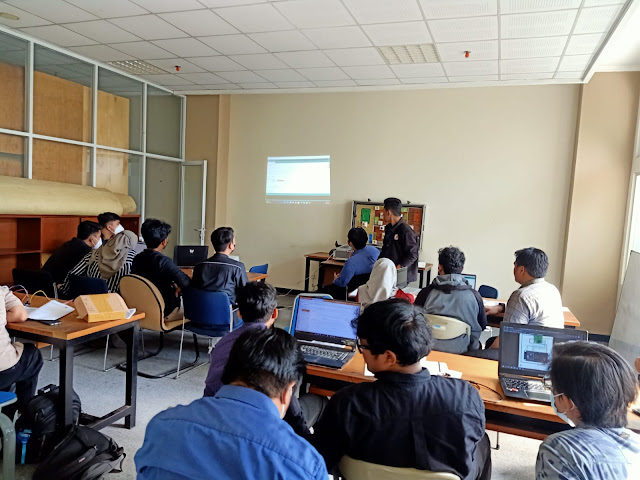 With his family, Agung is living in Desa Limbangan, Kecamatan Losari, Kabupaten Cirebon. He has an older brother with speech impairment and a younger sister still in high school. His brother’s condition makes Agung the first hope of his parents. Agung’s parents wish his second-born son could take care of his older brother and finance his sister’s education one day.
Agung’s mother is a housewife, while his father is a freelance photographer. The income that Agung’s father earns is uncertain, based on weddings or any events held in the village.

“Becoming a photographer in a village is arguably not a high-yielding profession. Nevertheless, my father obtains between 1-2.5 million Rupiah monthly. Sometimes, my father opens an impromptu studio at home to help people create passport photos.”

Although his parents had limited financial resources, Agung was still optimistic about attending university. From primary school till high school, Agung always went to school for free. So it continued until he was accepted into Telkom University, majoring in Electrical Engineering.

While studying in Bandung, Agung lives with his aunt. For his daily needs, Agung relies on modest pocket money from his father. To earn extra money, Agung becomes a lab assistant on campus. Who would have thought that Agung’s decision led him to get to know about Bangkit? 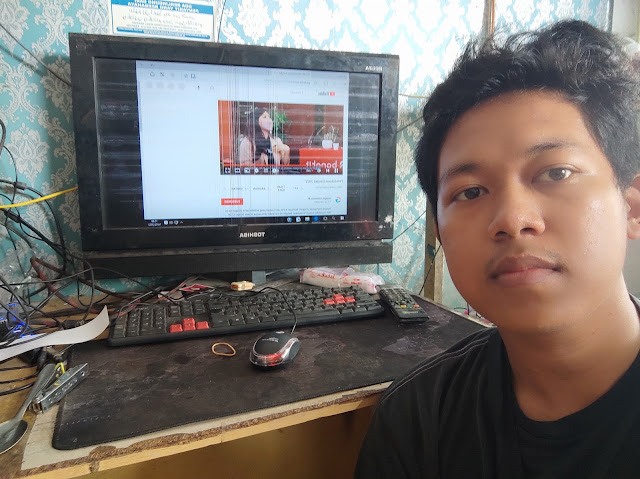 Agung became a Lab Assistant to gain experience and extra money. He met some seniors who participated in Bangkit 2021 as cohorts. He heard Bangkit gave them many benefits, so Agung was intrigued to join. What got Agung more excited was that Bangkit could substitute his bachelor thesis.
The Grow with Google Career Fair that will be held after Bangkit also encouraged Agung to sign up. Seeing many of his seniors were hired once they graduated from Bangkit, Agung wanted to follow in their footsteps. He couldn’t wait to improve his family’s economic condition immediately.

Finally, Agung was accepted in Bangkit 2022, in the Machine Learning path, to be exact. Interestingly, Agung didn’t have a laptop when he started to study in this program. During distance learning, Agung depended on his smartphone whenever an ILT session was held in the morning or afternoon.

For self-taught learning, Agung would go to the internet cafe and pick the “night package,” a bundling offered by internet cafe operators for visitors to pay a lower price if they use the computer at the specified time and duration.

“I usually learned and finished my homework in the internet cafe from 8 p.m to 5 a.m. Once offline learning was underway, I used computers in the campus laboratory to study.”

Although his sleeping schedule shifted, Agung had absolutely no regrets. He admitted that he acquired a lot of insights about Machine Learning and practical knowledge about English and soft skills. After fighting in Bangkit’s battleground for several months, Agung got an incredible result.

Having limited devices didn’t hinder Agung from participating in the capstone project. He even competed in the Product-Based Capstone Project, which pushed him and his team to invent innovative breakthroughs. But unfortunately, in their journey of developing impactful innovations, one of Agung’s peers, Emmeril Kahn Mumtaz, couldn’t go further with the team.
After Agung’s team mourned, he was back to encourage his team to give their best in the Product-Based Capstone Project.

“Without a laptop, I helped my colleagues to build an app that could detect skin diseases named ‘Kulitku.’ Finally, my team got into the Top 15 Product-Based Capstone Projects and deserved Rp 140 million incubation funds from Google and Dikti.”

Agung couldn’t believe that he already went further than before. Now, he plans to develop Kulitku to be an impactful app for many. Moreover, Agung is seeking opportunities to intern in leading tech companies to gain more knowledge to improve his team’s invention.

To his friends in Bangkit 2022, Agung wants to convince them that financial issues are not a hindrance to growing and pursuing their dreams. He wishes that many of his friends, who come from the same background, could get the same good opportunities as he did.
More stories about Bangkit alumni & cohort:
bangkit google machine learning