A Story of Gilang Martadinata, Bangkit 2022 Student from President University
Becoming a bright child might be something Gilang Martadinata (22) was born for. Since he was a kid, Gilang―that’s what he called―has been an active person. When he was still in primary school, Gilang, born and raised in Lampung, carried out his responsibilities as a young reporter for the Lampung Post. He has interviewed many VIPs such as the Governor of South Sumatra and the Director of Bank Lampung. 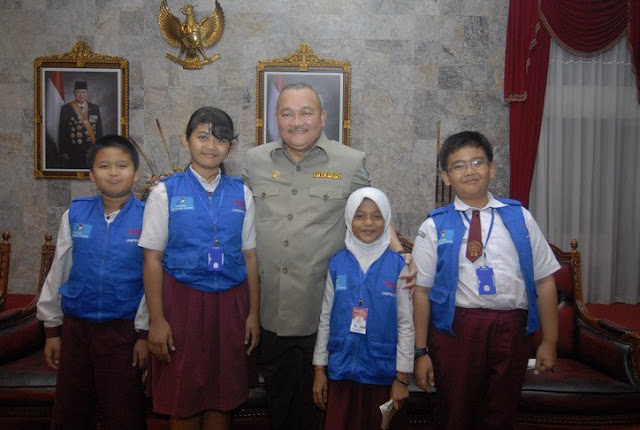 Then when Gilang went to middle school, he became an HIV/AIDS activist. Gilang’s spirit in participating in the organization was still burning until he was accepted as an IT Student at President University. At that time, Gilang was trusted to be the Student Union's Vice President. But who would have thought if the usual going-up-graph in Gilang's life suddenly fell? 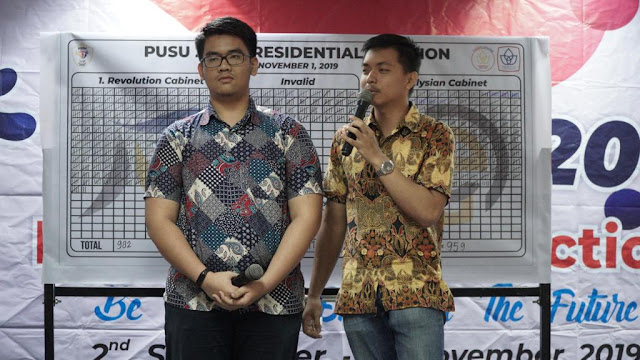 Rise Up against Himself

In 2020, Gilang faced difficulties that demotivated him to study. He suddenly turned into someone he didn't recognize. Gilang, who used to be open, cheerful, and social, became gloomy and introverted. An event in 2020 made the graph of his life, which used to go up, suddenly fall. Whenever he thought about his future, Gilang felt clueless. He was also demotivated to keep scoring achievements; all he wanted to do was just be alone. 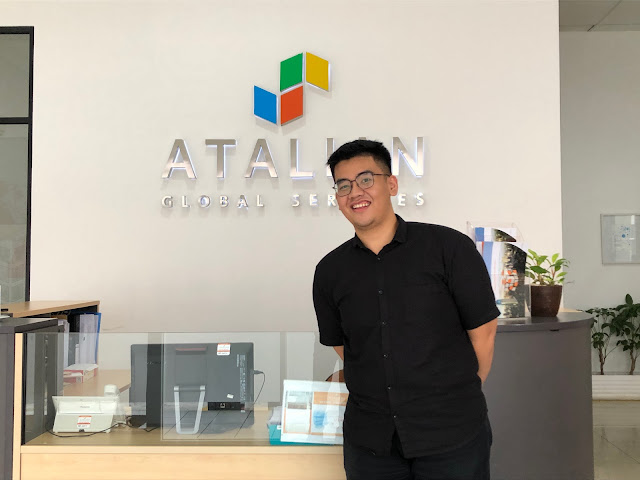 In contemplation, Gilang decided to rise up against himself on the battlefield. He wanted to fight the voices inside his head telling him he couldn't. That's when Gilang chose to apply for internship positions in various places. Gilang’s perseverance led him to an internship opportunity at ATALIAN Global Services Indonesia as an IT Support Technician. He felt that it was time for him to rise and shine. 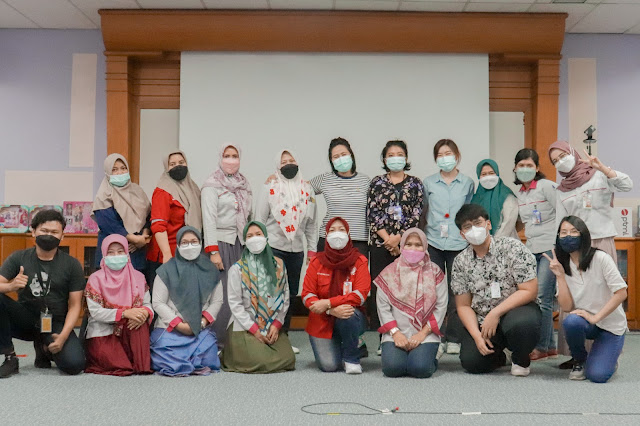 Once the internship at ATALIAN was over, another opportunity came close to Gilang. His mental condition, which was much better at that time, has made Gilang dare to take the chance to become a Product Development Engineer at Mattel, a Barbie manufacturer. Even Gilang had a unique responsibility that didn’t relate to his studies. He was in charge of Barbie's hair design, which was a fantastic experience for Gilang.

Winning against himself in the battle of desperation, Gilang successfully performed well either at ATALIAN or at Mattel. It made these two companies offer Gilang a full-time job opportunity. But what captivated Gilang the most wasn’t the offer. On the contrary, he was fascinated by the achievement of his junior on campus, who took part in Bangkit.

Once upon a time, Gilang saw that one of his juniors on campus took part in Bangkit. It seemed interesting for Gilang to be a Bangkit cohort while studying and being an intern, just like his junior did. Curious about Bangkit, Gilang found out more about this program. His plan to sign himself up in Bangkit was supported by his employer at Mattel. This made Gilang excited to register right away as the registration period started.

“I know that job offers are always very tempting. But what I did first went to college, not work. So, for me, education comes first, and I want to be a tech talent with sufficient knowledge and good competence. That’s why I prefer Bangkit to my full-time job.”

What made Gilang more enthusiastic about Bangkit was his campus policy that allows Kampus Merdeka activity to be converted into the thesis. Later, Gilang’s capstone project can also be used as a substitute for the idea he is working on. 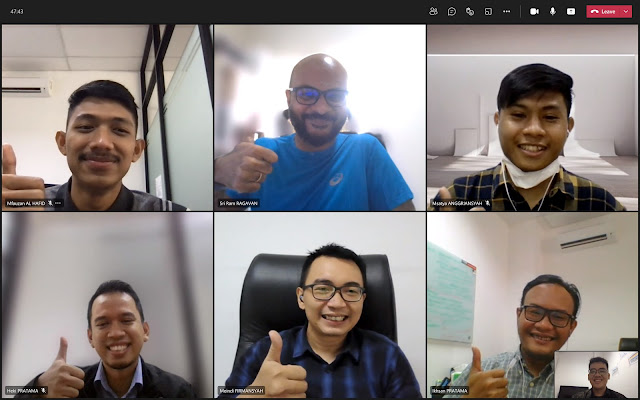 Gilang prepared himself well for Bangkit. He took time to study and complete an online free course, so he could get accepted as a cohort. Unfortunately, upon his selection battle with 64 thousand of students interested in Bangkit, Gilang received an email notification about him being on the waiting list. He was disappointed because he had already invested most of his time in getting accepted into Bangkit.

To Fight for What He Wants

However, Gilang is not a person who gives up quickly. Suddenly, he felt an urge to reply to the Bangkit notification email by saying that he promised to be a committed cohort and that he had been following various news about Bangkit for a long time. Gilang also wrote back that studying in Bangkit is the ultimate goal he wants to pursue. As a result, Gilang was notified that he was finally accepted into Bangkit.

“One of my former employers told me that a rejection is not a statement of us being really rejected. Instead, we should contact the person concerned to inquire about the second chances that are possibly available or what is preventing us from being accepted. In this way, we can fight for the opportunity or improve ourselves upon knowing our shortcomings.”

Why is Gilang so eager to get accepted into Bangkit? He truly believes his success in being a Bangkit cohort will make him even more desirable to the companies looking to offer a full-time position. 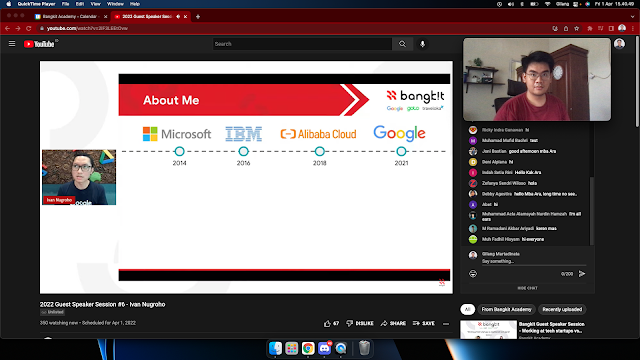 The industry out there already knows that Bangkit only produces high-caliber tech graduates. Indeed, to ensure the quality of talent output, the requirement to complete this Kampus Merdeka program is relatively high and demanding. Last year alone, 80% of the active cohort (or around 2,250 students) graduated from the program, and about 87% of the on-the-job alumni said that Bangkit experience helped them get the job. For this reason, Gilang feels that fighting to get accepted and graduate from Bangkit is a must for him.

Want to be part of One of Bangkit Industry Partners

As someone with a growth mindset, Gilang wants to have a career in a big or a national-scale company, especially a unicorn. In fact, he honestly states his interest in working in Tokopedia, one of the Bangkit founding partners. Earlier last year, he was also inspired by the story of Cassandra Chaidir, a Bangkit 2021 alumni who successfully launched her career in Tokopedia through the Bangkit Career Fair. 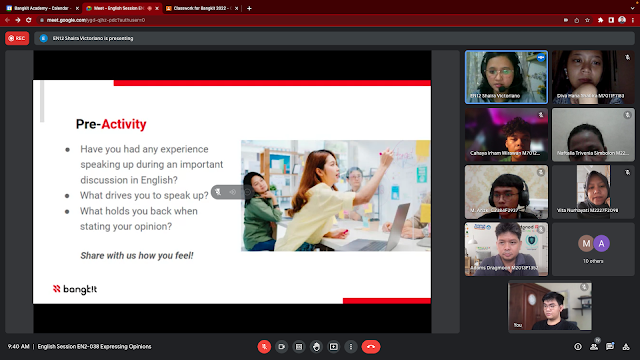 A motto in Bangkit that always cherishes him is “Ayo Bangkit dan Maju Sama-Sama.” (let’s rise up and move forward together!).” This reminds Gilang of the times when he was at his lowest point. He realizes that he would never rise up and find himself again without his parents and his friends’ help. So, Gilang wants to be a more advanced tech talent together with all of his peers.

“What makes Bangkit special for me is the opportunity to take Google ACE certification, which is free. Bangkit is a perfect place to grow into a qualified tech talent. The provided career opportunities are also auspicious, considering the industries involved are the leading ones like Google, GoTo, and Traveloka.”

Gilang, who applies the Pomodoro learning technique while studying in Bangkit, feels happy to have supportive peers inspiring each other while making progress in this program. He hopes that his Bangkit fellows are willing to work together on capstone projects that can be turned into a startup. Last but not least, Gilang also sees Bangkit as something that will always help him win every battle he has to fight in terms of building his tech career.

Managed to fight with himself, Gilang successfully seized the opportunity he had been waiting for. How about you? Have you won the battle you must face for your future?
More stories about Bangkit alumni & cohort:
bangkit cloud computing google