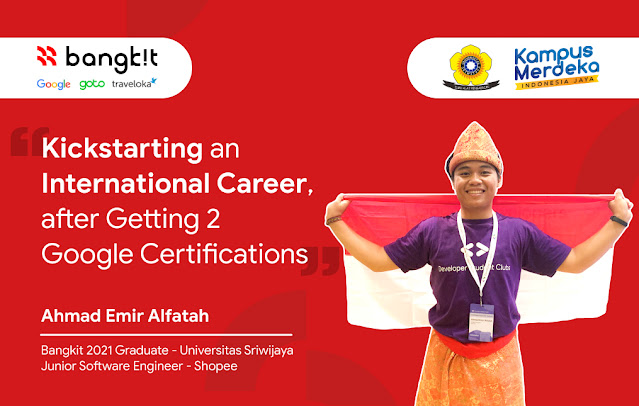 A Story of Ahmad Emir Alfatah, Bangkit 2021 Graduate from Computer Science, Universitas Sriwijaya
Graduating from Bangkit paves the way for students throughout Indonesia to achieve their goals. Some of them want to kickstart their career in well-known tech companies; others aspire to develop innovations that generate an impact on many people. Ahmad Emir Alfatah (22) is a graduate who got both. In Bangkit, he managed to earn two Google certifications; TensorFlow Developer (TFD) and Associate Android Developer (AAD). Later, he was also accepted at a well-known tech company.

Ahmad could obtain these two things because of his perseverance in studying in Bangkit. He didn’t only participate in Bangkit in 2021 but also took part in Bangkit 2020. Upon graduating from both, Ahmad obtained Google Associate Android Developer and Tensorflow Developer certifications. No wonder now he's part of the Singapore Team of Shopee.

Had an Early Starting Line 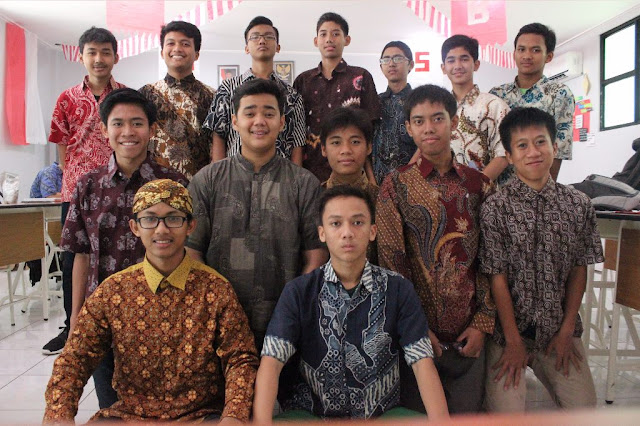 Nobody didn’t have a close relationship with gadgets from 2014-to 2017. Most people were familiar with smartphones and computers at that time. However, this didn’t apply to Ahmad, who at the moment was a student at a pondok pesantren named Sulthon Aulia Boarding School, Bekasi. The use of electronic devices at Ahmad’s high school was minimal. He could use them only once a week.

Being interested in tech since high school, Ahmad didn’t waste his limited time practicing. Instead, Ahmad would use his school’s computer whenever he was free to learn about programming. As time went by, Ahmad’s interest in programming grew stronger. Finally, after graduating from the pondok pesantren, Ahmad decided to continue his studies in Computer Science Department at Universitas Sriwijaya, Palembang. 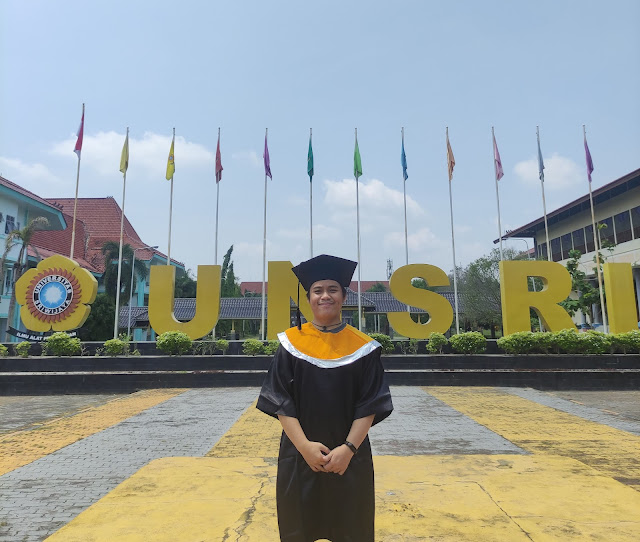 Not having enough time to learn tech beforehand didn't stop Ahmad from having an early starting line in transcending in IT. While studying, Ahmad was eager to gain many insights into programming. Moreover, Ahmad was a member of the Google DSC on his campus. As a result, he participated in a solution challenge event that monitored the covid’s situation in his surrounding using an Android app.

Ahmad's persistence in learning brought him together with Bangkit, which in 2020 was held for the first time. At that time, Ahmad saw that Bangkit offered a Machine Learning (ML) module with international standards. Knowing that ML is a technology that has a broad positive impact, Ahmad was interested in joining the first Bangkit. It made Ahmad have a much earlier starting line. 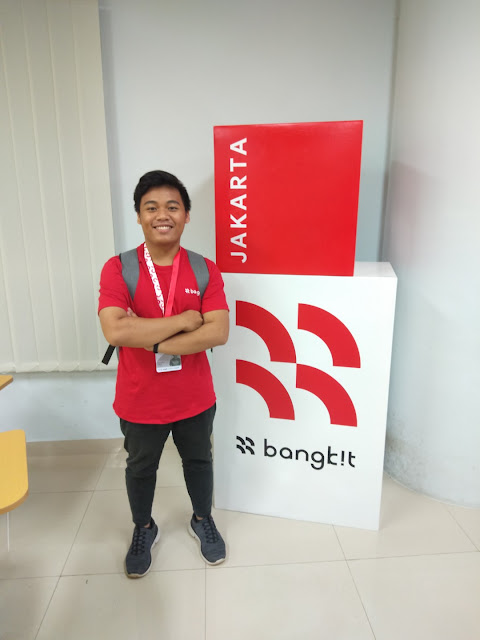 Ahmad's success in being accepted into Bangkit 2020 cohort led him to earn the TensorFlow Developer certification. He admitted that participating in Bangkit opened up good opportunities for him. One of the opportunities that Ahmad got after graduating from Bangkit 2020 was to become an External Code Reviewer at Dicoding.

Realizing that by joining Bangkit, Ahmad didn’t only get a global certification but also a job opportunity, he decided to sign himself up again in 2021. At that time, Ahmad was already studying in the 8th semester and working on a thesis about Android. At the same time, Bangkit 2021 offered three learning paths: ML, Cloud Computing (CC), and Android. As a result, Ahmad was more determined to participate in Bangkit 2021. 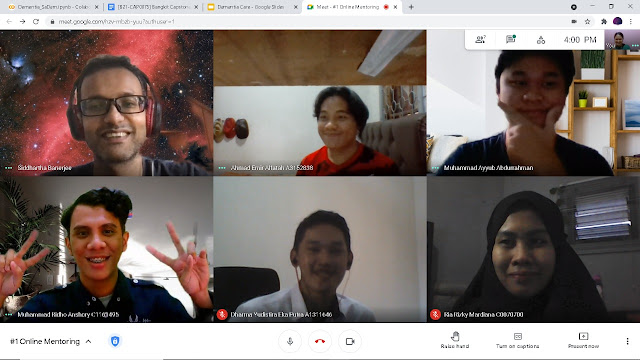 Ahmad felt that his learning experience in Bangkit 2021 was much more enjoyable because the activities were much more organized. In addition, he also learned to manage his time because he participated in Bangkit and wrote his bachelor thesis simultaneously.

“In Bangkit 2021, I graduated with distinction and achieved my second global certificate, Associate Android Developer.”

After obtaining knowledge about ML and Android from Bangkit, Ahmad found it easier to combine and apply them in real life. That was evidenced by Ahmad's efforts to develop an application for people with dementia.

DeCare: An Impactful Work for Grandma

In Palembang, Ahmad lives with his parents and grandmother. He told us that his grandmother was warm, loving, and took good care of him. But one day, the grandmother began to forget many things at home.

“She even had not come home for days and was found by my neighbor in a place that is quite away from my house in a state of forgetting her name and family. At that time, I realized that grandma had dementia.”

This inspired Ahmad to implement the ML and Android knowledge he acquired from Bangkit into a dementia detection app called DeCare. Ahmad developed this app with his team at Bangkit. DeCare has a feature that can perform screening using MMSE. The accuracy of DeCare's dementia prediction is 90%.

Ahmad was very proud when DeCare finally became his first app deployed on the Playstore. He wants to develop this app further one day so that later this work for his grandmother can have an expansive impact on many people.

Bangkit as the Bridge for Ahmad’s International Career 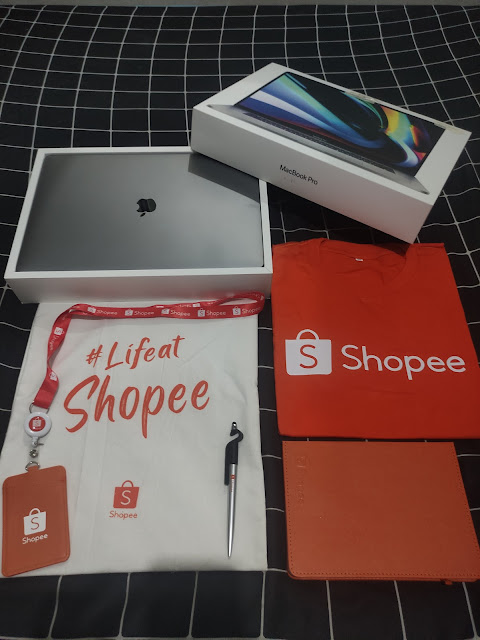 Becoming a Bangkit graduate benefits Ahmad in terms of job opportunities in a well-known tech company. On his way to becoming a Junior Software Engineer at Shopee, Ahmad was first contacted by a Shopee recruiter to participate in the recruitment process. He agreed and then applied for the offered position.

“I felt the recruitment test was straightforward because I had sufficient training from Bangkit. Finally, I was accepted and became part of the Shopee Singaporean team, responsible for doing ticket tasks and creating automation for the gateway payment system in Malaysia.”

During his work, Ahmad admitted that he applied a lot of fundamental ML & Android knowledge from Bangkit. In addition, his soft skills learnings from Bangkit were also very beneficial for him, especially regarding time management and communication in the workplace. Moreover, the primary language of Ahmad's work environment is English.
Ahmad, who managed to gain a lot of good things after graduating from Bangkit, has the value of life, that we don’t need to compare ourselves with others. For him, the best comparison of ourselves is our past self, not other people. For this reason, Ahmad encouraged us to always focus on ourselves and try to be much better every day.

Ahmad has two messages for his juniors in Bangkit 2022 for those who want to start a career at a well-known tech company like him.

“First, strengthen the fundamentals, such as algorithms and data structures. Then last but not least, enrich the portfolio by doing more projects related to the learning path. This is because a portfolio is significant for promising careers.”