Reach for the Stars, Ayu!

Strong and tough words best describe Ayu Anggraini (22), an Informatics Engineering Student at Universitas Pamulang. Since she was a child, Ayu has lived with her younger sister and grandmother, whom she calls “Mama.” From Mama, Ayu understands what it means to be strong and tough.

“Go where your heart takes you and always be responsible for your choices” is a message that Ayu remembers the most from Mama. So, when her heart took her to Bangkit, Ayu didn’t stop giving her best until she graduated and obtained the Google TensorFlow Developer certification. 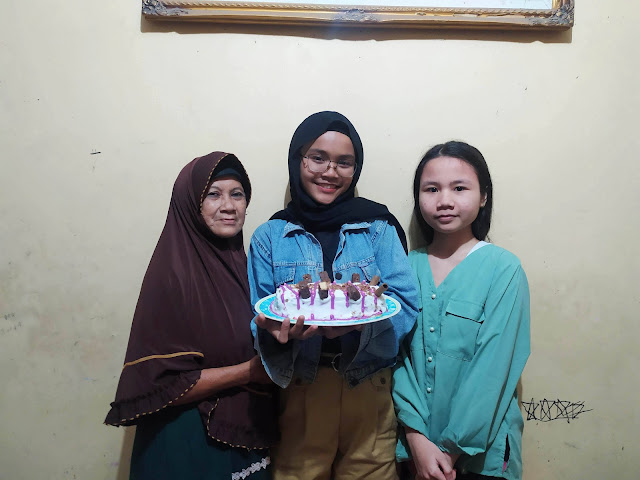 In Depok, Ayu lives with her family, which consists of three people―Ayu, her sister, and her grandmother, whom she calls “Mama.” From her mother, Ayu and her sister learned to be strong women. How come?
Her mother is a 72-year-old laundry worker. Every day she has to wash her customer’s clothes. Since she was in vocational school, Ayu has been helping with her work. Usually, she will carry out her task after school in the afternoon until 9 p.m. After washing the customers’ clothes, Ayu would start studying and doing homework.

Ayu couldn’t bear to see her struggle alone because her mother had been the only caretaker since childhood. So she wanted to work immediately after graduating from the vocational school. However, her mother had another wish. She wanted to see his granddaughter become a scholar. It made Ayu consider her decision.

Ayu believed that her mother wanted the best for her. That wish resonated in her heart because Ayu did want to have a brighter future to provide a better life for her mom and sister. So, finally, Ayu granted her mom’s wish to go to college.

To raise money for her tuition fees and fix the family’s financial situation, Ayu took a gap year first after finishing vocational school. Ayu worked odd jobs then. She had been a housekeeping staff at a hotel and a daily worker in the kitchen of a catering company.

After a year had passed, Ayu’s money was finally collected. At that time, she was determined to continue her studies at college with Mama’s blessing. So she chose Universitas Pamulang and signed up for an Informatics Engineering major.

Not Focused on Education Once 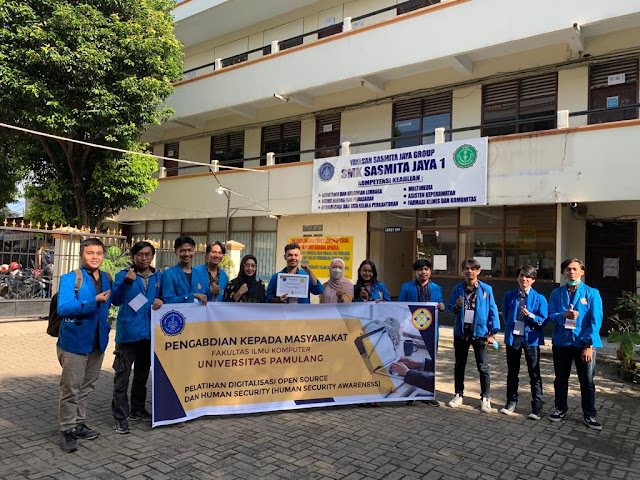 Ayu wanted to make her parent proud by giving her best in college. But unfortunately, economic conditions pushed Ayu to work full-time while studying. However, Ayu no longer worked odd jobs then. Instead, she became a Graphic Designer in a culinary digital branding company.

Seeing her elder sister and grandmother work so hard, Ayu’s sister was moved to take responsibility for the family. After graduating high school, Ayu’s sister became a waitress at a restaurant. Her mother’s teaching was ingrained in Ayu and his sister’s minds. They are taught to be independent women.

Yet there was a price to pay for Ayu’s preoccupation with working while studying. She didn’t put much thought into her studies. This made her entirely left behind compared to her peers. Moreover, there was a nightmare for Ayu when she got into semester 5. The pandemic made Ayu laid off; thus, she no longer had a job. Ayu saw this as a sign that she should focus on her studies first.

While sending many applications to various vacancies, Ayu looked for educational programs to keep her busy and help her catch up with learning materials. Finally, it led Ayu to find a domestic student exchange program from the Ministry of Education, Culture, Research, and Technology called PMM (Pertukaran Mahasiswa Merdeka). 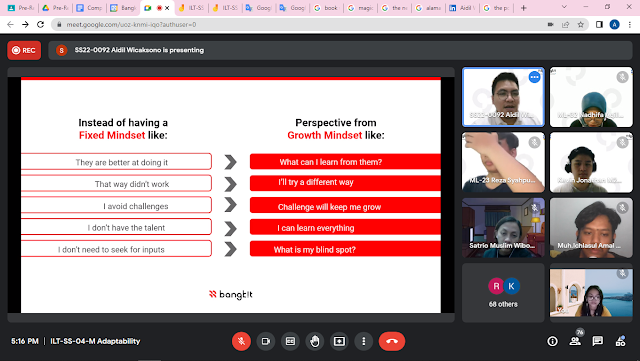 When Ayu found the PMM program, she was interested in applying because she wanted to start focusing on her education. Then, Ayu was accepted and allowed to study at Universitas Malikussaleh online. In addition, she also got the experience of studying at Universitas Mataram online, where she met a lecturer who introduced her to the world of data analysis and artificial intelligence (AI).

“The lecturer advised those, who want to know more about data analysis and artificial intelligence, to join Bangkit and choose Machine Learning path. I also consulted him about the prospective career of a Machine Learning expert. It heard very promising.”

Ayu considered her lecturer’s recommendation until the PMM program ended. Coincidentally, Bangkit opened registration for 2022 then. She was confused about signing up for Bangkit or going back to look for a full-time job to help her family’s economy. Then, Ayu realized that Bangkit couldn’t promise her material, but she believed that a better future could be achieved after Bangkit. So finally, she registered with Bangkit and picked a Machine Learning path.

When the admission announcement arrived, Ayu was successfully accepted as a Machine Learning cohort. Then, however, a new problem arose. Ayu didn’t have adequate equipment to study in Bangkit. In addition, at the same time, Ayu had just been accepted to work as a Graphic Designer in two places at once; a factory and a clinic. She then discussed this dilemma with her mother.

A Memento Pawned for Ayu’s Dream 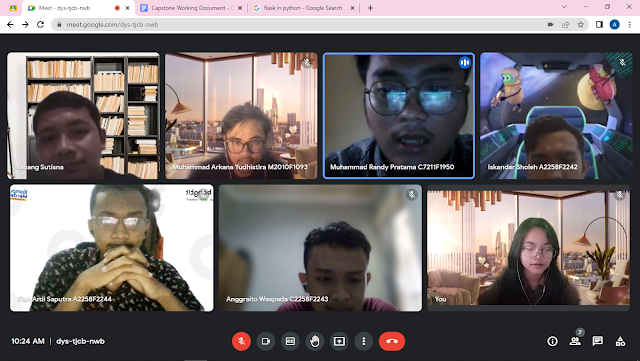 Ayu told her mother about her confusion between choosing Bangkit and job offers. On the one hand, Ayu wanted to help her mother and sister support the family, but on the other hand, Ayu desired a promising future by joining Bangkit. Seeing that her granddaughter was more fond of Bangkit, her mother did something unexpected.

“Mama told me to follow my heart, which was to join Bangkit, but I didn't have a computer then. Suddenly, my mother took off her necklace. It was the only memento from my late mother, which Mama had been wearing everywhere. Mama said, ‘Pawn this to buy a computer, Love.’” Ayu told us with her wet eyes.

Seeing her mother’s sacrifice, Ayu was committed not to wasting the opportunity she received. So she assembled a computer with minimum specifications to study in Bangkit. For 900 hours, Ayu studied earnestly on the Machine Learning path. In addition, she still wanted to help her family by working as a tutor for primary-middle schoolers, teaching them general subjects.

“From 8 till 10 a.m, I took courses in Bangkit. Then, at 10 a.m till 12 p.m, I tutored my students at a place near my house. After teaching them, I would be back studying in Bangkit and attending online lectures until the night. Sometimes, I go to bed at 3 a.m to complete my Bangkit courses or submissions.”

Achievements that Made Mama Proud 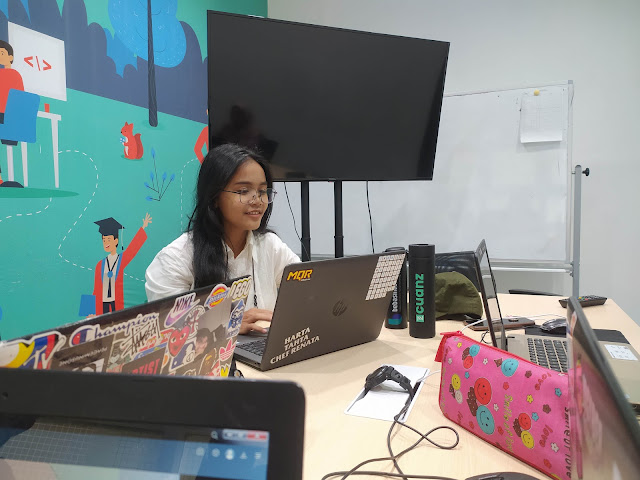 After graduating from Bangkit, Ayu gained many things. First, she got a complete credit conversion during semester six because she participated in Bangkit. Second, she received the opportunity to take the Google TensorFlow Developer (TFD) certification exam for free. Suddenly, when Ayu was about to take the exam, she encountered another challenge.

“Apparently my computer had insufficient specifications for the TFD exam. Then, my friends on campus were very supportive by helping me prepare a computer in the campus lab for the exam. Unfortunately, that computer was also incompatible. Finally, one of my friends was very generous to lend me his computer at home to take the TFD exam.”

Ayu’s efforts bore fruit when she successfully became a certified TensorFlow Developer. She dedicated that achievement to her mother, sister, and helpful friends.

“Bangkit is an amazing program. It didn’t only give me abundant tech, soft skills, and English knowledge but also attracted good people to my life. My peers in Bangkit and on campus supported me while studying in this program. I love Bangkit’s learning environment.”

After graduating from Bangkit and getting a TFD certificate, Ayu didn’t cease to make her mother proud. She was successfully hired by Juara Coding as Software Quality Assurance Intern. At this South Jakarta-based tech training center, Ayu is responsible for ensuring the company’s products have good quality before being launched to users. She admitted that the logic programming and soft skills she gained from Bangkit immensely helped her career.

Even though she already has a lot of achievements, Ayu doesn’t want to stop making her mother proud by immediately graduating from college. The perseverant Ayu believes nothing can hinder her from reaching for the stars and giving his family a better life.
More stories about Bangkit alumni & cohort:
bangkit google machine learning