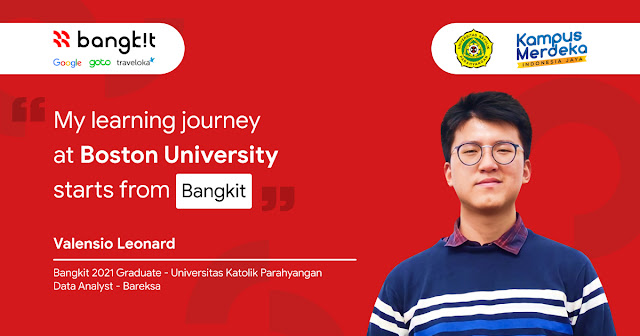 Following the quote above, Valensio Leonard (22) didn’t waste his time anticipating the opportunity to come over. Instead, he built his door that connects him to more exciting experiences by joining Bangkit. Graduating from Bangkit led him to many important events that helped him enhance his career readiness. From learning Machine Learning (ML) to being awarded an international scholarship, Leonard―that’s what he called―is now hired by an e-investment company as a full-time Data Analyst while waiting for his college graduation.

Convinced to Go Further with Data by Bangkit 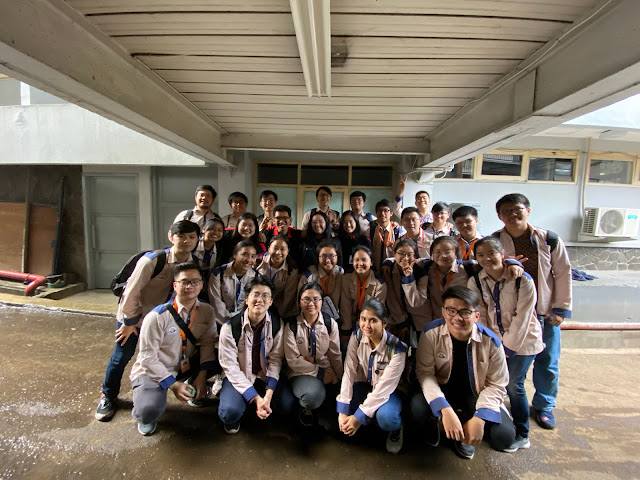 Leonard is an 8th-semester undergraduate student at Universitas Katolik Parahyangan (Unpar), majoring in Industrial Engineering. On his campus, he studied programming for a while, but only the basics. This experience provoked Leonard’s interest in the world of data, knowing that programming could process millions of data. Moreover, it sparked Leonard to get to learn more about data.

At the beginning of 2020, a pandemic triggered Unpar to regulate online lectures. As a result, Unpar collaborated with Coursera and provided free additional courses to supply students with complementary knowledge remotely. Leonard saw this as an opportunity to step into the world of Data. Learning about data for six months made Leonard trance because he was fascinated by this technology.

Leonard’s preoccupation with data was known by one of his friends, who just got info about the opening of Bangkit 2021. His friend told him Bangkit was a program that could quench his thirst for data. It drew Leonard’s attention and urged him to do further research. Leonard discovered that Bangkit offered him one of data science’s criteria, which he had never learned; Deep Learning.

“I know I can go further with data by joining Bangkit. Moreover, the rigorous learning of Bangkit was convertible to my semester credit on campus. It strengthened my will to sign myself up for Bangkit.”

After registering to Bangkit, Leonard was accepted as part of the ML cohort. That was when Leonard’s exhilarating journey in the data realm began. 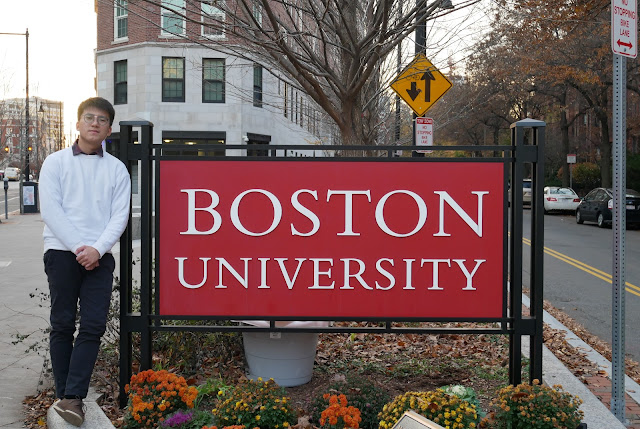 In paving the way for his learning in Bangkit, Leonard had difficulty following the classes, considering he was unfamiliar with the environment of IT support. However, Leonard overcame the obstacles by having many discussions with his Bangkit peers.

After graduating from Bangkit, Leonard felt that his knowledge about data was enhanced. In addition, Bangkit’s learning helped Leonard write his bachelor’s thesis about TensorFlow detection. 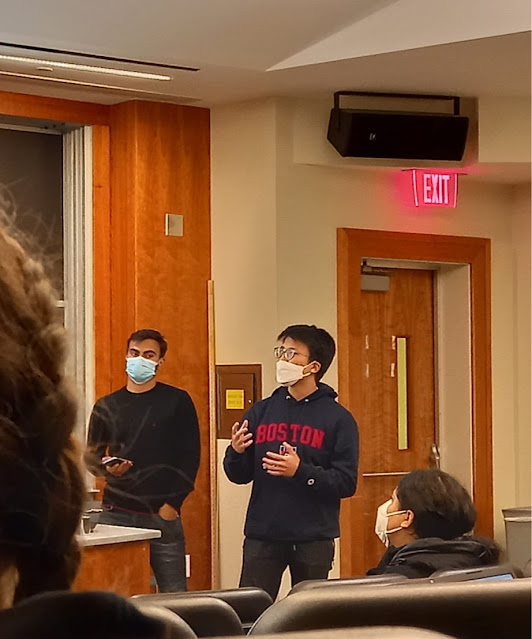 Furthermore, Leonard had an opportunity to spread his wings by becoming one of the Indonesian International Student Mobility Awards (IISMA) awardees. IISMA is an exchange program initiated by the Ministry of Education, Culture, Research, and Technology (MoECRT) of Indonesia that sends Indonesian students to study at one of the 300 best universities in the world for one semester. Leonard was sent to Boston University to learn more about innovation and entrepreneurship.

“In Boston, I wanted to take an ML course. That course was for graduate students, so I had to take the prerequisite course before attending the class. However, I informed the campus that I had already acquired fundamental ML skills in a program named Bangkit. I told them the details about this program, which was initiated by Google, then I was allowed to take the ML class without attending the prerequisite course first.”

This showed that Bangkit opened Leonard’s door for him to gain more expertise in tech and data in one of the leading universities in the world.

Hired as a Full-Time Employee Before Graduating from College 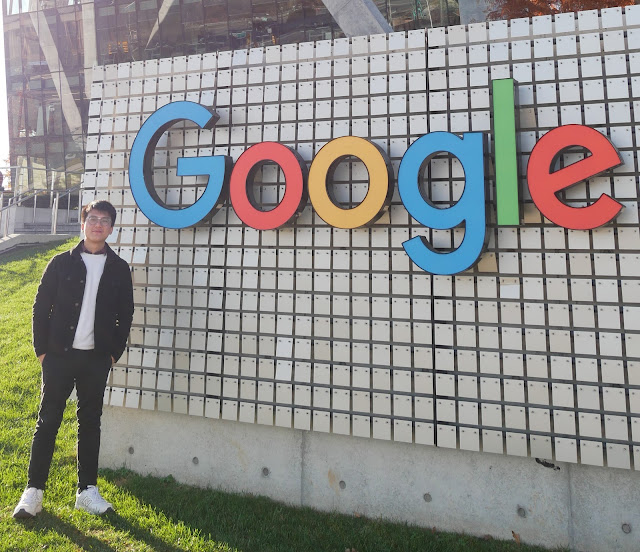 Gaining much experience from Bangkit and IISMA helped Leonard kickstart his career in data science. He felt that the career readiness program from Kampus Merdeka encouraged him to be more ready to be involved in the industry. In every job interview, recruiters' two most asked questions were about Bangkit and IISMA. These two programs shaped Leonard to stand out from the crowd.

“I think, Bangkit is more than just an excellent educational program. It is a gateway that brings me to many promising opportunities, such as Stanford University Innovation Fellows, Bangkit Career Fair, IISMA, Google Crowdsource Community, and many more.”

Leonard's good opportunities seemed endless when he applied for a job at an e-investment company in Jakarta, Bareksa. As an applicant, Leonard was still a final-year student working on his bachelor’s thesis. However, Bareksa saw that Leonard had proven skills in analyzing data. Therefore, although Leonard was still expecting his bachelor’s degree graduation, Bareksa dared hire him as a full-time Data Analyst.

Leonard felt that his learning from Bangkit helped him do his job. The most valuable pieces of knowledge from Bangkit for Leonard in his career were SQL, python programming, and ML. 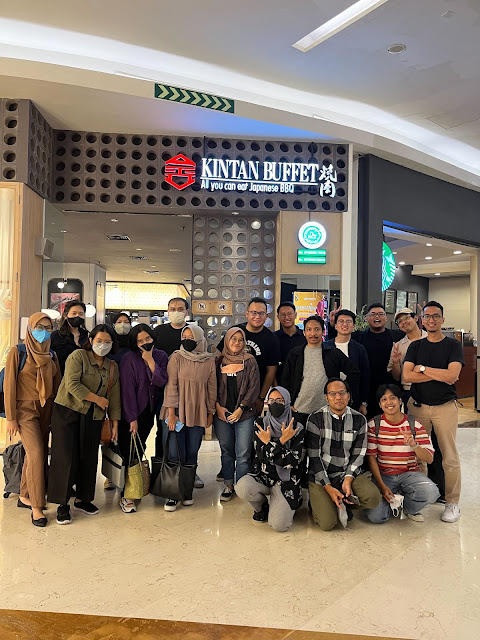 After seizing many good opportunities in his life, Leonard aspired to take part in a consulting firm one day. He wished he could serve as a Data Science Consultant with managerial-level advisory roles and help clients solve problems with data. To reach this ultimate goal, Leonard first equipped himself with working experience in the data realm.

However, Leonard didn’t want to forget the privilege he got from being a Bangkit and IISMA graduate. Instead, he wanted to give back by advocating for Bangkit and IISMA, then spread the information about these two programs so that his juniors who wish to follow in his footsteps can also reach their goals.

Therefore, Leonard wanted to influence his peers to have the same spirit as he did. He encouraged them just to start because he admitted that his achievements were formed by numerous failures he had experienced before. So, Leonard hoped his friends would never give up building a door connecting them to promising opportunities, not just waiting for them to knock on their door.
More stories about Bangkit alumni & cohort:
bangkit google machine learning