Have Big Dreams You’ll Grow into Them

“When you hit an obstacle, do not mourn it. Because it provides growth opportunities.”
(Masayoshi Son, CEO of SoftBank)

Having a big dream was something that Setiawan Bayu Pratama (23) didn’t dare to do. Instead, his family’s economic condition gave him a reasonably simple wish. Bayu wanted to graduate from vocational school immediately, get a job, and help his parents meet their daily needs. However, fate said otherwise. Now, Bayu is in a place he’d never imagined before. He has successfully graduated from university and been hired by a unicorn as a Software Engineer.

A Farmer’s Son with Outstanding Performance 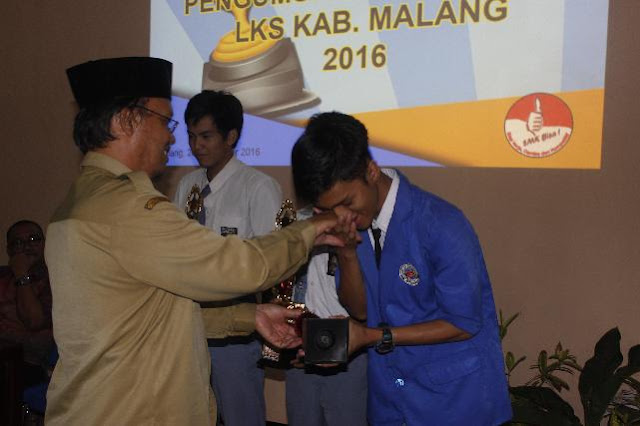 Bayu comes from a modest family in Malang. His father is a farmer who sometimes works odd jobs, from making furniture to becoming a construction worker. Bayu’s mother is a factory laborer whose job is to sew shoes.

The family’s financial situation caused Bayu to hesitate about dreaming too big. He just wished to go to vocational school and get a job immediately after graduation so he could help his parents give his family a decent living. Then, Bayu attended SMKN 2 Singosari, majoring in Software Engineering. Never getting out of the top 3 rankings at school made Bayu always get aid for his tuition fee.

Seeing that Bayu was very talented and had the potential to excel in higher education, one of Bayu’s teachers encouraged him to go to college. Bayu’s teacher was aware of his family’s economic situation; therefore, she informed Bayu about the Bidikmisi Scholarship, a government scholarship for underprivileged students. This opportunity encouraged Bayu to apply to Universitas Negeri Malang, majoring in Informatics and Computer Engineering Education, and the Bidikmisi Scholarship.

While waiting for the announcement from his dream campus, Bayu applied for a job at an IT consulting company based in Malang as a Software Developer. He was successfully hired and assigned to develop software according to the client’s requests. After a few weeks of working, Bayu finally received a notification that he had passed the selection at Universitas Negeri Malang.

When Bayu Wanted to Make Amends

Bayu became more content when he didn’t only manage to be accepted at Universitas Negeri Malang but also successfully became a Bidikmisi Scholarship awardee. It meant Bayu didn’t have to pay any tuition fees. So when his life as a freshman began, Bayu heard the news about Bangkit.
Seeing Bangkit as part of the Kampus Merdeka program then, Bayu was interested in joining. Truthfully, Bayu didn’t have any goals for his future at that time. He aimlessly signed up for Bangkit in the Machine Learning path. No wonder Bayu’s unconcerned about Bangkit made him fail to graduate from Bangkit 2021. That was also caused by Bayu’s lack of interest in Mathematics.

“I also saw that my peers in Bangkit 2021 had graduated from campus and already been hired. I thought that if I had been serious about studying in Bangkit then, my future would have been very promising. Finally, I decided to make amends by rejoining Bangkit 2022.”

Signing up for Bangkit 2022 encouraged Bayu to have bigger dreams. He earnestly wanted to learn in the Cloud Computing path that suits his interests and become a certified Associate Cloud Engineer to get a good tech job. However, Bayu was determined to do this solely to provide a better life for his family.

Craving for the ACE Certification

When accepted into Bangkit, Bayu proved his earnestness by giving his best while studying. He learned Cloud Computing from scratch and found it very helpful to have weekly sessions with Bangkit facilitators. For Bayu, those weekly sessions were beneficial for people who are shy to ask questions in class like Bayu.

“I was serious about studying in Bangkit 2022 because I wanted to be a certified Associate Cloud Engineer. I believe obtaining this global certification would help me find a good job at the Grow with Google (GwG) Career Fair later. So, after vigorously learning in Bangkit 2022, I graduated.”

Not long after, the opportunity to take the ACE exam was open. Without thinking twice, Bayu took the exam with the earliest schedule to be certified before the GwG Career Fair was held. His efforts paid off when he finally became a certified Associate Cloud Engineer. This boosted Bayu’s confidence to participate in the GwG Career Fair.

Kickstarting a Career in a Unicorn Company 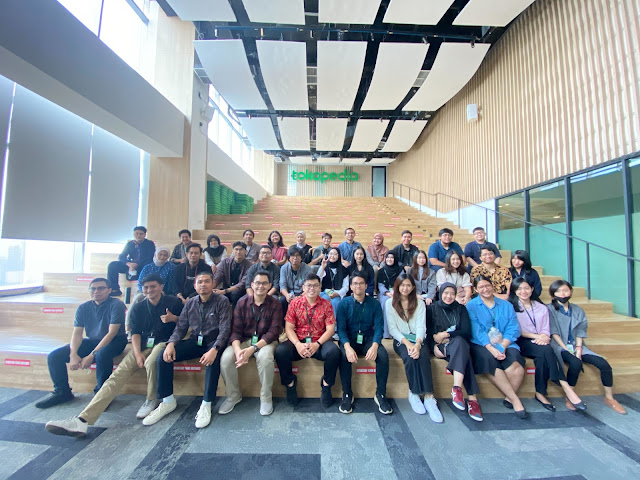 With Bangkit and ACE certificates, Bayu participated in the GwG Career Fair. He submitted more than ten applications while preparing for a thesis defense. Gaining abundant knowledge from Bangkit increased Bayu’s confidence in applying for a job and graduating from college.
After the thesis defense, Bayu was invited to several job interviews with multinational companies, banks, and startups. He admitted that the tech and soft skills material from Bangkit helped his recruitment process.

“Things from Bangkit that contributed to my success in GwG Career Fair weren’t only the learning materials but also my capstone project experience. I highlighted that experience to my recruiter to prove that I successfully implemented my learnings into a project. Finally, I was accepted as a full-time Software Engineer at Tokopedia before graduation. At the office, I am responsible for developing the features on Tokopedia.”

Now, Bayu feels lucky to have big dreams that he can grow into them. So, for the candidates of Bangkit 2023 Cohorts who want to follow in his footsteps, Bayu advised you to find out why you wish to join Bangkit. Then, set goals to achieve, make good progress, and join the GwG Career Fair as Bayu did.
More stories about Bangkit alumni & cohort:
bangkit cloud computing google tokopedia