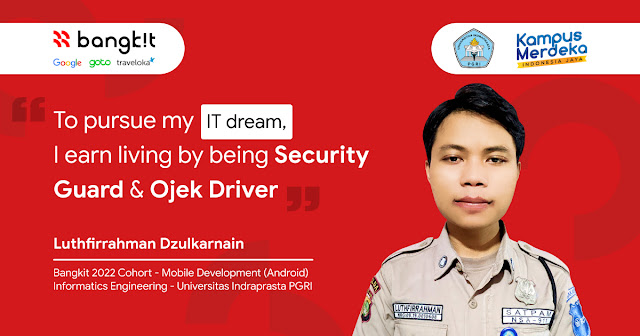 Speaking of dreams, Luthfirrahman Dzulkarnain (25) is someone who decided not to give up on his dreams. Instead, he aspires to be a tech expert with a promising career so that he can provide a decent life for his family. To keep pursuing this dream, Dzul―that’s what he called―worked while studying.

Apart from carrying out his duty as a computer programming student, Dzul also works as an “ojek” driver. Previously, he also was hired by a private bank as a security guard. He did this to pay for his education and support his family’s needs. This is the story of Dzuli's struggle as a Bangkit cohort who wants to pursue his dream.

Encouraged by Supervisor to Have Higher Education

Growing up in a modest family, Dzul lives in Depok with his family. His father is a Mechanic in a motorcycle repair shop, and his mother is a housewife. Dzul is the second of four children. As a vocational school graduate majoring in automotive, he used to work as a Helper at the same workplace as his father.

After working as a Helper for two months, Dzul's workplace announced an opening Administration Employee position. At that time, Dzul’s father encouraged him to apply for that position to get a better income. Finally, Dzul was successfully accepted. He held this position for two years until he was promoted to a permanent employee.

“One day, my supervisor saw my potential and told me that it would be good for me to continue my education in college. She said that at least I need to earn a bachelor's degree to have better job opportunities. My boss supported me to go to university.”

Dzul considered his supervisor’s advice. Shortly after, he heard about a job vacancy with a better income than his current one. He was offered to work as a security guard at a private bank in Central Jakarta. Seeing that the salary was bigger, Dzul was moved to listen to what his boss said; to continue his education.

Finally, Dzul resigned from the company where he worked as an Admin. He moved to the private bank and carried out his duty as a security guard. Dzul’s sufficient income made him enroll at Universitas Indraprasta PGRI, majoring in Computer Programming because Dzul is always interested in computers. He took employee classes so he could work while studying.

Sometimes Working for More Than 12 Hours for a Better Future 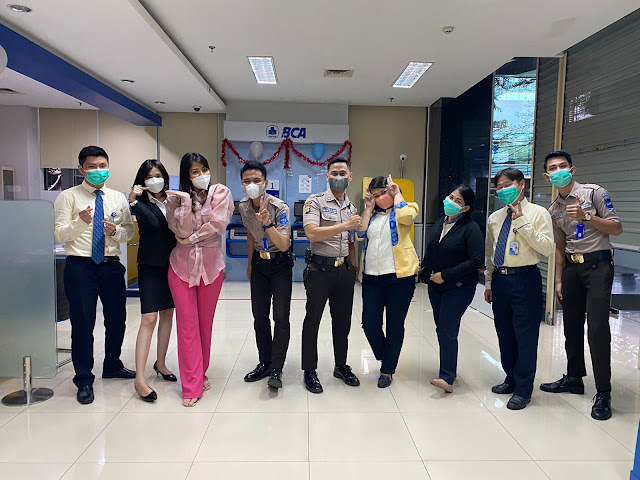 The new chapter in Dzul's life began when he played two roles at once; a Student and a Security Guard. From morning to evening, Dzul had to carry out his duties at the bank. Then starting at 19.00, Dzul underwent lectures on campus. Sometimes, he worked for more than 12 hours, making him come to campus late. Even so, Dzul always tried to catch up.
The burden on Dzul’s shoulder got a little lighter when the pandemic hit. His lectures were online, and Dzil didn’t have to be late for class. Nevertheless, he still had to manage his time well. Finally, Dzul realized that only studying on campus wouldn’t be enough to prepare him to work in the digital realm.

To gain more knowledge, Dzul watched programming videos on YouTube a lot. At that time, he found a video from a programming YouTuber, Shandika Galih, about Bangkit.

“I saw Pak Dika announce Bangkit, which provided opportunities for 3,000 Indonesian students to learn about tech for free. Moreover, he said Bangkit was initiated by Google and supported by well-known industries such as GoTo and Traveloka. So I became interested in joining.”

At the same time, Dzul was working on his bachelor thesis about Android. Seeing that one of the offered learning paths in Bangkit was Mobile Development (Android), he got more excited to sign up.

Studied in His Office Pantry 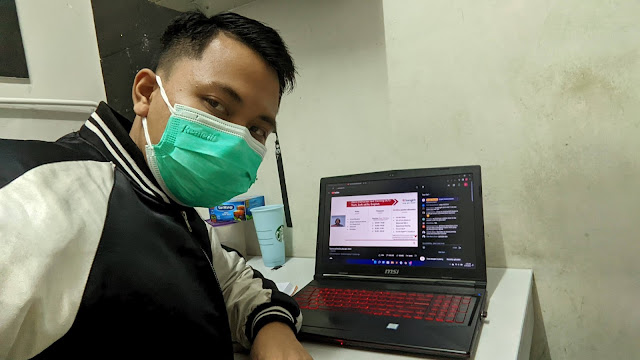 Although Dzul was very passionate about learning in Bangkit, he had doubts once. He thought about the time he needed to manage between Bangkit and working. Dzul still had to work to pay off his motorbike installments.
Yet Dzul immediately believed that joining Bangkit was very good for his future. Moreover, he was sure that after graduating from Bangkit, he would get a promising tech career opportunity. So finally, Dzul signed up for Bangkit and was accepted into the Mobile Development (Android) path.

Dzul's learning journey was quite winding at the beginning of Bangkit. Moreover, it was difficult for him when the ILT session was held during his working hours.

“When the ILT was held simultaneously during my working hours, I would ask my colleagues for backup. Afterward, I went straight to the pantry, wore a jacket to cover my security uniform, then joined the ILT session.”

Even though it was full of challenges, and Dzul admitted that he needed to stay up late because of joining Bangkit, he was happy to go through the process. He felt that what he got from Bangkit exceeded his expectations and was worth fighting for. Therefore, when Dzul realized that his savings were sufficient, he resigned from his workplace to focus on studying on campus and participating in Bangkit.

Becoming an “Ojek” Driver to Meet His Daily Needs 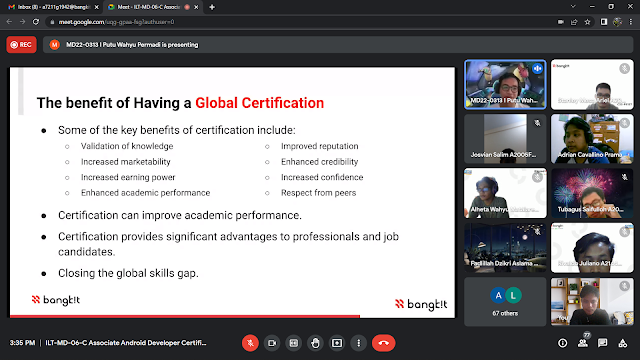 After resigning from his role as security, Dzul focused more on studying in Bangkit and attending lectures. But, to meet his daily needs, he still needed to work.

“I decided to make extra money by becoming an ojek driver. After graduating from Bangkit later, I hope I can kick start my tech career.”

The thing that injected Dzul’s passion for learning wasn’t only his desire to give his family a decent life. He also wanted to prosper his friends because, in his environment, Dzul has a better life than others, although he is now an ojek driver. Unfortunately, however, many of his friends are still not working.

Therefore, after Dzul acquires complete tech knowledge from Bangkit later, he wants to pass these gainings on to his friends so they can have good jobs too. He also aspires to teach his friends about soft skills to make them much more confident in seeking employment.

“Even though we are all born with different backgrounds and privileges, we have the same right: equality in education. That’s what Bangkit means to me. For this reason, I want to help my friends to be well-educated, with the aim that they can have a brighter future.”

To broaden his horizons before helping his friends later, Dzul is currently working on a Company-Based Capstone Project with KitaBisa.com. There, he is doing tasks related to User Interface. He hopes that when he graduates from Bangkit, he can launch his career as a tech expert in a well-known industry. In addition, Dzul wants to provide a decent life for his family and positively impact his friends.
More stories about Bangkit alumni & cohort:
android developer bangkit gojek