Working Wholeheartedly is a Key to Being the #1

November 16, 2022
A Story about Ambroise, One of the Top 15 Product-Based Capstone Projects in Bangkit 2022

“Believe in yourself, listen to your gut, and do what you love.”
(Dylan Lauren, American Businesswoman)

Sometimes we see ambition as the only way to achieve what we want. It often makes us hurry and impatient to get the results we’ve been expecting. But, unfortunately, the magnitude of ambition only occasionally helps us reach our goals.

The Ambroise team understands this well. They are one of the groups that made it into the Top 15 Product-Based Capstone Projects in Bangkit 2022. Ambroise has never had the ambition to be the best. The most important thing for them is to work on their capstone project wholeheartedly. Who would have thought Ambroise’s sincerity in carrying out their duty led them to be the highest point earner in two consecutive monthly assessments in Bangkit Incubation Program?

Ambroise: Unique and Worth of a Business 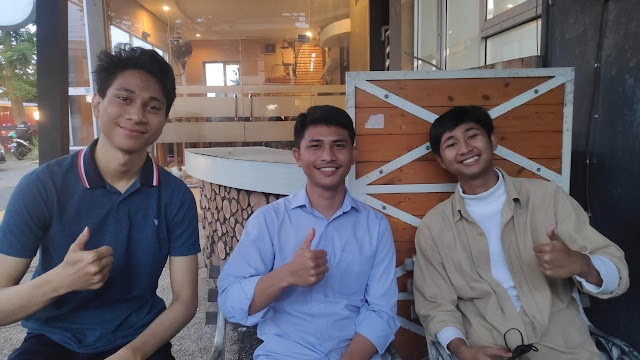 Ambroise is a super app with some excellent features: Hairstyles recommendations according to the user’s preferences and face shape, AR technology for users to virtually try various hairstyles, and a part that eases users to book a barber from nearby barbershops. This innovation led the Ambroise team to get into the Top 15 Product-Based Capstone Projects at Bangkit 2022.
This idea came when the pandemic hit, and many people had a hard time going to the barbershop because of the social distancing policy in Indonesia. For this reason, Safir Rahmahuda Machsun (Machsun), the Product Manager of Ambroise, was moved to create this app.

“Many ideas came to me when the capstone project had just started. However, I felt that those ideas were too ordinary and common then. So I was craving for an idea to stand out of the crowd and be worthy of a business simultaneously,” Machsun said.

Seeing that Ambroise met these two expectations, Machsun was determined to develop this app with his two friends from Machine Learning, two peers from Cloud Computing, and a Mobile Development (Android) graduate. 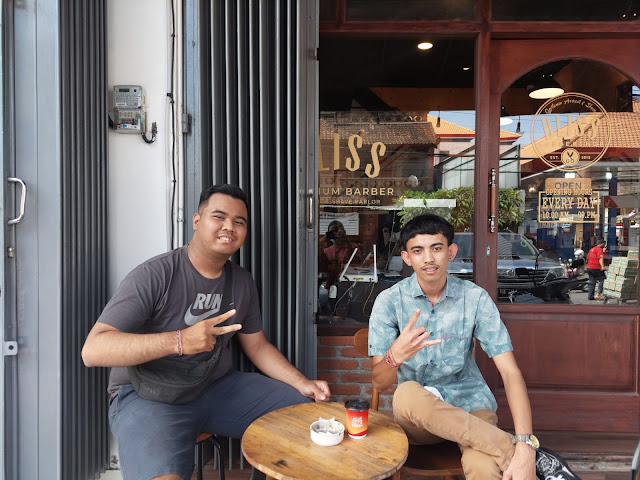 Although the Ambroise team believed their product was unique, they never expected to get into the Top 53 Product-Based Capstone Project. Instead, the Ambroise team just wanted to do their best in finishing their last task to graduate from Bangkit 2022.

“Even getting into the Top 53 was something we never expected before. We just wanted to carry out our duties, then we couldn’t believe that we made it further; Into the Top 15. We were thrilled to know that we would be funded Rp140 million by Google and Dikti in the incubation program,” I Putu Arya Patrama, Cloud Engineer at Ambroise, said.

Ambroise’s achievements didn’t stop there. During incubation, Ambroise consistently ranked first in the monthly assessment. However, this team never had any expectations of being number one. The magnitude of ambition was never the key for them.

“We think the keys to our success are to maintain expectations and to work wholeheartedly, so we can give our best. We have never pushed ourselves to be so ambitious in reaching a certain achievement,” Jeconiah Sugiyanto, Cloud Engineer at Ambroise, said.

Indeed, the well-managed expectations and wholeheartedness of working led Ambroise to be the best in the Top 15 Product-Based Capstone Projects. This proved that ambition doesn’t always play a significant role in achieving something. 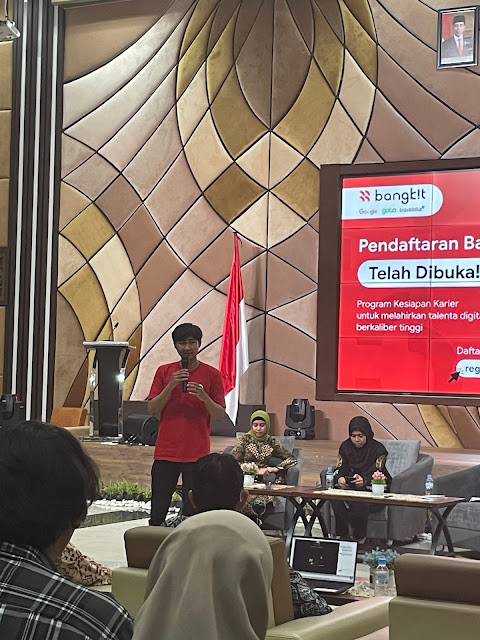 Becoming the best team doesn’t hinder Ambroise from encountering challenges. For example, the only Android Engineer of Ambroise, Alwan Fauzi, was overwhelmed developing Ambroise’s app before. Moreover, Ambroise’s line of communication was also cut off once.

“As the only Android Engineer at Ambroise, I was engulfed in a pile of work and wanted to give up before because I had to divide my time between offline lectures and internships. However, it could be resolved with good time management. In addition, Ambroise’s success in becoming the number one paid my effort off,” Alwan said.

Moreover, Ambroise’s communication was also hampered because of Machsun’s damaged smartphone. As a Product Manager, he found it challenging to direct his team. However, this problem didn’t prevent Ambroise from working together compactly.

“Even though we didn’t communicate then, our work kept going well because each of us was already aware of our responsibilities and had a sense of ownership towards Ambroise. For us, this sense of belonging matters,” Andika Irza Pradana, Machine Learning Engineer at Ambroise, said.

That sense of responsibility and ownership was the key to Ambroise’s becoming the highest point earner in two consecutive monthly assessments in Bangkit Incubation Program. 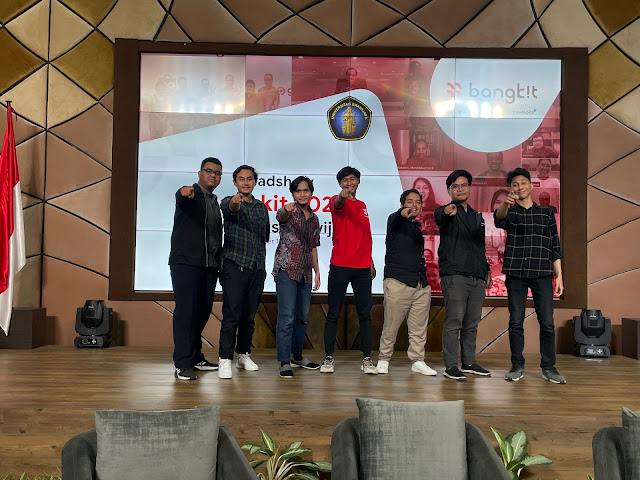 Another thing that led Ambroise to success was the full support from industries and universities. This team was mentored by Jonathan Darwin, a Software Engineer-Android at Tokopedia, and Jonathan Geoffrey, a Key Account Manager at AddApptr GmbH based in Hamburg, Germany. These two experts guided Ambroise in developing features and doing business analysis.
Universitas Brawijaya, as the incubator of Ambroise, was also very supportive through Pak Fitra Abdurrachman Bachtiar, Dr.Eng., S.T., M.Eng., presence as the head lecturer. Ambroise’s team told us that Pak Fitra made them understand the workflow and the research process they had to conduct for the national journal they needed to submit.

All these lending hands made Ambroise realize they got a lot from this incubation program. They didn’t only gain experience managing four figures capital funds but were also exposed to 5 campus media and 24 national and regional media. This encouraged them to keep developing their product even after the incubation program had ended.

“We have seven takeaways for Bangkit 2023 Cohorts who want to follow in our footsteps:
Annas Agung Cahyo Murti Utomo, Machine Learning Engineer at Ambroise, said.

Therefore, Ambroise strongly encourages students in Indonesia to join Bangkit. They believe that Bangkit will equip students with industry-level knowledge and prepare them to build a product that can grow into a future industry.
More stories about Bangkit alumni & cohort: