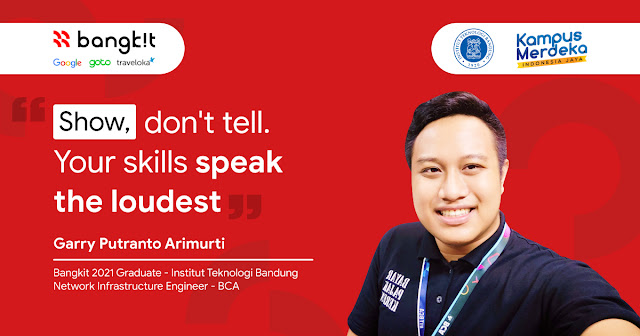 “Discipline is the bridge between goals and accomplishments.”
(Jim Rohn, American Entrepreneur)

As many as 3,000 students across Indonesia were highly-spirited in signing up for Bangkit. Although many of them learned in Bangkit vigorously, only 10% of the students deserved to be named “Graduate with Distinction.” Garry Putranto Arimurti (23) managed to earn this predicate.

Garry didn’t only obtain the “Graduate with Distinction” title but also was successfully hired by one of the leading Indonesian private banks. Not long after Garry had just started his first job, he was trusted to play an essential role in his team as the person in charge. 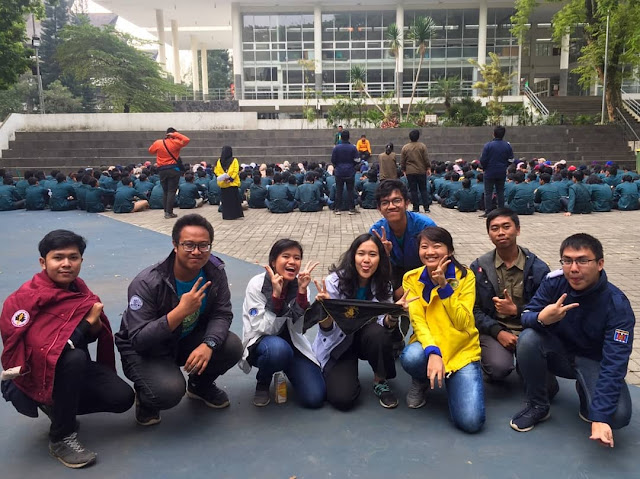 Garry is an Institut Teknologi Bandung (ITB) graduate majoring in Telecommunications Engineering. He was interested in the world of cloud computing (CC). Therefore, Garry spent his time learning CC on his own. Although it was easy for him to gain insight about CC from any platform on the internet, he was still clueless about its implementation. Moreover, it was difficult for him to study without guidance from an expert.
Garry knew Bangkit from a few friends who participated in Bangkit 2020. He was intrigued by this program because, in 2021, Bangkit came with three learning paths; Machine Learning (ML), Mobile Development (Android), and CC. It was like hitting two birds with one stone for Garry when he saw Bangkit was under the auspices of the Ministry of Education, Culture, Research, and Technology. So, he became more interested in signing himself up. 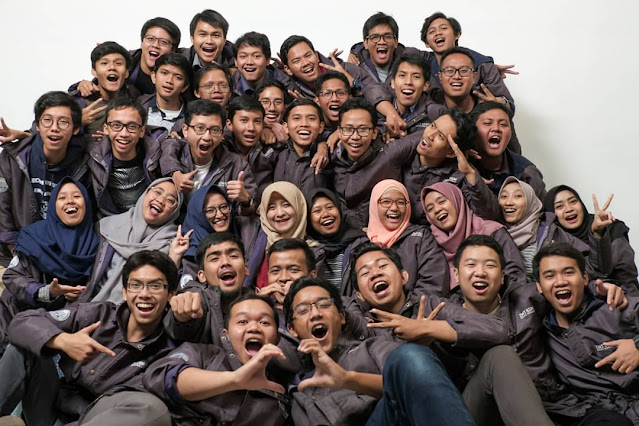 After successfully being one of 1,000 Bangkit cohorts in the CC path, Garry acquired insightful knowledge from Bangkit. The CC path has comprehensive coverage, which means a bountiful amount of assignments covering many different topics. However, despite the amount, Garry managed to complete everything on time.

Moreover, Bangkit equipped him with this competence in one of the soft skills classes.

“The Elevator Pitch class in Bangkit helped me improve my communication skills. I was a wordy person before. After taking the class, I knew how to convey information effectively without missing the point.”

Garry felt his communication improvement significantly contributed to his capstone project’s pitching. He realized that what should be included in a conversation dramatically depends on who we are talking to. For example, we should not dive deep into the technical when speaking to potential investors.
Instead, we ought to include how the product will impact people, how it will suit their needs, and how it will bring profit. Attending soft skill classes enabled Garry to deliver his notion briefly without losing the essential points.

A Reliable Fresh Graduate with an Abundant Skill Set 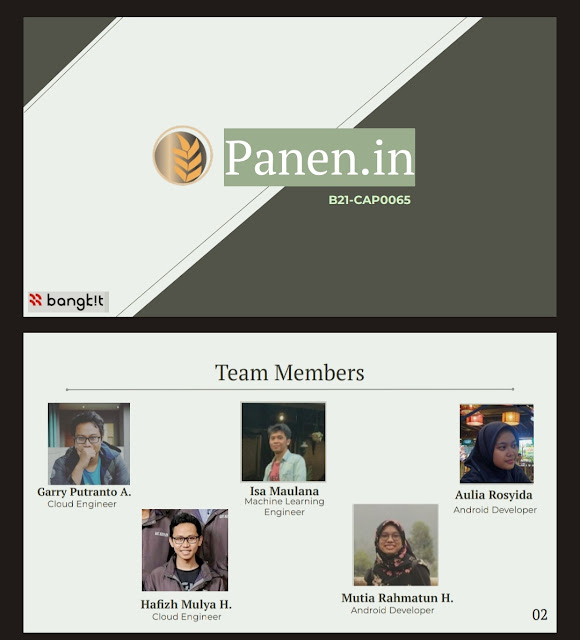 While waiting for his graduation from Bangkit, Garry tried his luck by applying to many reputable companies. However, he couldn’t wait to kickstart his tech career before earning the title as Bangkit and ITB graduate. At that time, Garry tried to obtain a Data Analyst position at Bank Central Asia (BCA).
However, knowing that Garry has a telecommunications background, the employer hired Garry as Network Infrastructure Engineer instead. Garry is responsible for maintaining the quality of the network to enable a high-available internet banking solution. 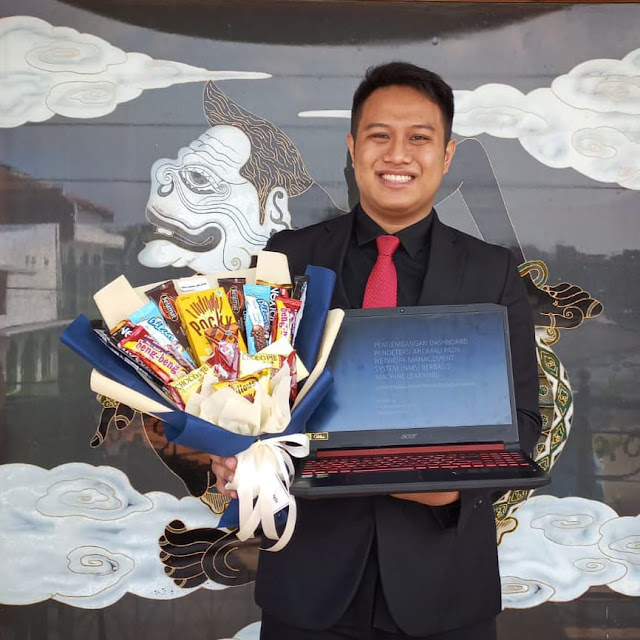 After being part of the Network Engineer division for a while, his team explored the requirements and the solutions needed to ensure a fast and resilient network infrastructure in the cloud. Garry, who had already become a Bangkit 2021 graduate then, told his superiors that he was familiar with cloud computing because he participated in Bangkit. Seeing Garry has a qualified skillset to manage cloud infrastructure, Garry’s superior made him a person in charge of the cloud network infrastructure.

“They told me I was the most reliable talent in my team to manage cloud network infrastructure at my company. It encouraged me to improve my CC knowledge daily because my team depends on me.”

Garry felt grateful when he was handed this responsibility. It allowed him to meet many network and cloud engineering experts and learn new insights regarding the subject. 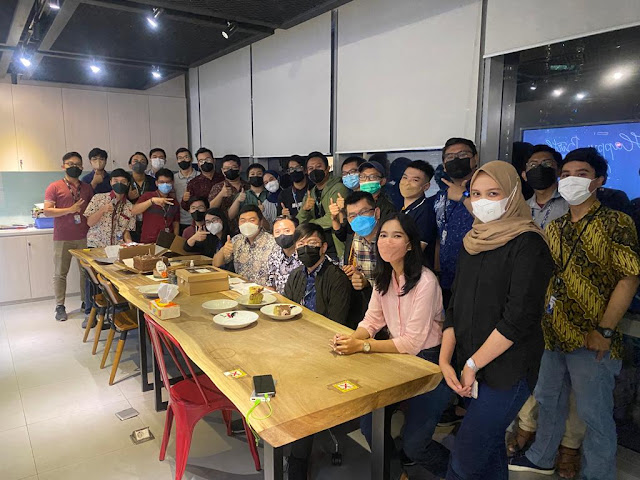 Discipline is critical for Garry. He admitted that he never missed the deadline. Whenever a task was assigned, he would do his best to finish it before the target time. That might be the most significant factor in earning the “Graduate with Distinction” predicate.

“I knew that as Bangkit graduates, we all are high-caliber tech talents. Yet, nobody will ever know if we don’t show it. Show the world our capabilities, not tell. Show it by doing many projects that will enhance the quality of our portfolio. Don’t only tell the world what we are capable of because the world needs your proof.”

Garry has bigger dreams to pursue after successfully seizing opportunities of being a Bangkit graduate and a Network Engineer at BCA. First, he wished he could contribute to the distribution of internet connections all over Indonesia, considering that his hometown in Ponorogo was unreachable by sufficient internet connection.

Second, as the biggest football fan, he aspired to advance Indonesia’s football world by learning about European football analytics. He would like to dedicate himself to technology development.

Garry realized it was a privilege for a student to be accepted as one of Bangkit's cohorts. So, he would like to encourage his juniors in Bangkit 2022 to give their best while studying in Bangkit. That was because Bangkit only chose the best of the best, and the selected cohorts better not waste their opportunity by always making good progress in learning.
More stories about Bangkit alumni & cohort:
bangkit cloud computing google