“For the things we have to learn before we can do them, we learn by doing them.”
Aristotle

If Muhammad Faisal Anshory (22) had been afraid to try new things, maybe he would never be where he is now. Luckily, he was a student who dared to have new experiences. “Learning by doing” is a concept he always applies whenever he drills. Faisal’s learning perseverance led him to an internship opportunity at an intergovernmental coordinating center in South-East Asia. There, he merges his knowledge of geodesy and geomatics with data science. How come? Here is his story!

Becoming a Tech Talent was Never in Faisal’s Plan Before 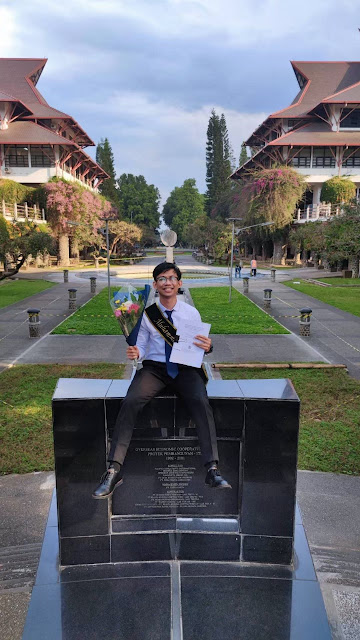 Faisal was a Geodesy and Geomatics Student at Institut Teknologi Bandung. Geoscience and things related to natural disasters were subjects that Faisal studied on campus. Therefore, becoming a tech talent has never been in Faisal’s plan.

In Bhumi Varta Technology, Faisal was hired as Geospatial Big Data Intern whose job was to process data related to location and coordinate information. At that time, Faisal realized something.

“Working as a Geospatial Big Data Intern opened my eyes to the fact that geoscience can be implemented in other fields, one of which is technology. It ignited my interest in having a tech career.”

As Faisal’s interest in tech arose and Bangkit was being actively announced on his campus, he was compelled to enroll. His desire to join Bangkit grew once he saw that a leading tech industry like Google initiated this career readiness program.

Achieving Many Things after Bangkit 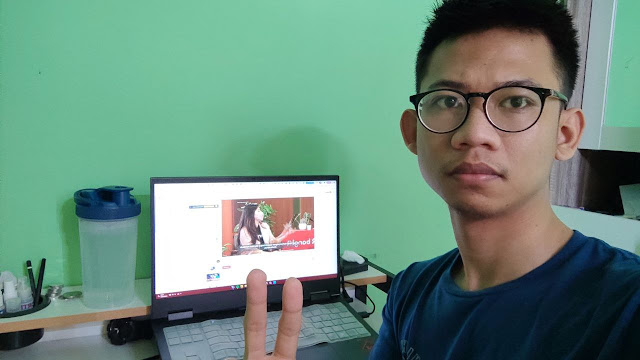 Faisal didn't think twice about signing up for Bangkit when he knew that this program would offer him TensorFlow Developer (TFD) certification. He believed that obtaining TFD certification could boost his tech career and make him prepared to compete with those with an IT background.
After registering with Bangkit, Faisal was accepted into the Machine Learning path. However, as his participation in Bangkit began, he faced his biggest challenge in understanding many tech terms. Because he had never learned about tech before, those words were unfamiliar to him.

However, all these obstacles were resolved when he studied with his Bangkit peers. Even though learning in Bangkit was quite tricky, Faisal felt lucky to have the opportunity to participate in this program because Bangkit prepared him to be a ready-to-work talent by teaching him technical skills, soft skills, and English. 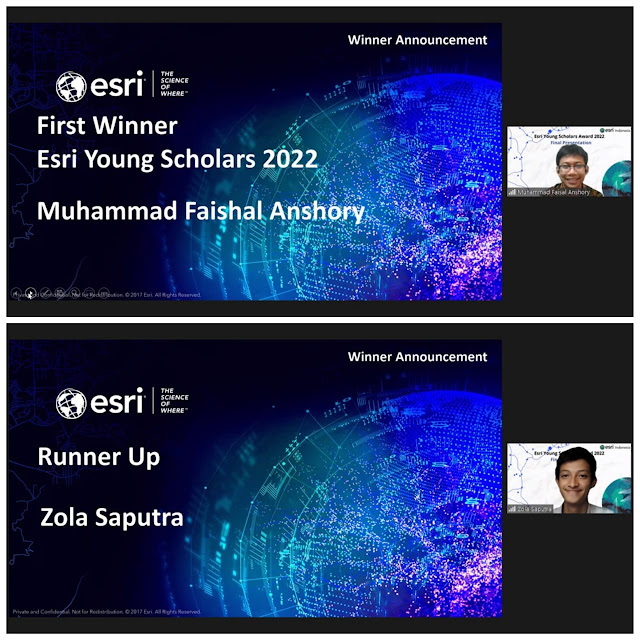 No wonder Faisal’s persistence in studying made him succeed in passing Bangkit. Besides, insights and TensorFlow exam simulation from Bangkit also helped him achieve TFD Certification. However, Faisal’s outstanding achievements didn’t stop there,

“After Bangkit, I challenged myself to participate in some data science competitions. In the ASEAN Data Science Explorer 2022 competition, I managed to get third place at the national level. Meanwhile, in the Jabar Data Viz Festival competition, I made it into the top 10. It made me very proud, considering that I had to compete with 500 other participants, many of whom were professional data scientists.”

Faisal admitted that the only place for him to learn about data science was Bangkit. However, who would have thought Bangkit would successfully train Faisal to compete readily with many professional data scientists?

Contributing to an International Institution 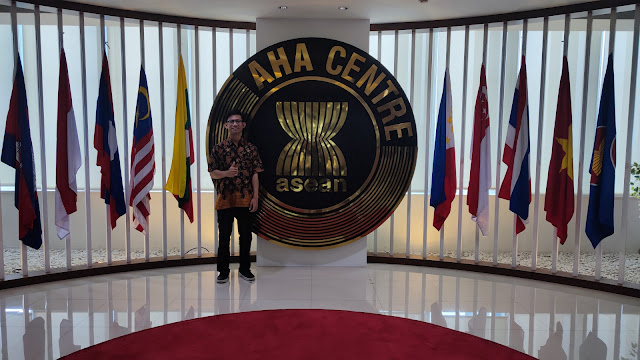 Bangkit also impacted Faisal’s studies when he became the first Geodesy & Geomatics Department student to combine deep learning with geodesy for his bachelor thesis. The title of his thesis was “Utilization of Deep Learning for Automatic Building Detection.”
Furthermore, Faisal reaped the benefits of Bangkit in his career. After graduating from this program, he participated in the Grow with Google (GwG) Career Fair. Because Faisal was equipped with a TFD certificate and Bangkit’s learning experience, he was finally accepted as a Data Visualization Intern at Astra Financial. In that company, he was tasked with creating a dashboard for a financial report and automating the dashboard’s updating process using Python.

After two months working at Astra Financial, Faisal chose to grow elsewhere. He got the opportunity to work at the AHA Center, an intergovernmental organization under the ASEAN secretariat based in Jakarta. There, he worked as a Disaster & Monitoring Analyst Intern, checking the quality of data on disaster reports in Southeast Asia and finding insights from the data. Faisal decided to move to AHA Center because he wants to involve more in an activity that merges geoscience with data science.

“Because of Bangkit, I can explore Machine Learning, especially data science, to monitor disaster reports. In addition, the English training I got from Bangkit helps me communicate in my international work environment.”

As a fresh graduate with a non-IT background, Faisal has experienced the benefits of Bangkit. Therefore, he highly recommends all Indonesian students who wish to cross disciplines like he did join Bangkit. For him, Bangkit succeeded in equipping students with skills demanded by the industry.

"I think Bangkit is a perfect avenue for students interested in having a tech career and enjoy learning new things. Apart from that, Bangkit also fits for those who are still figuring out what your plans for the future will be like. This program will help you find your interests.”